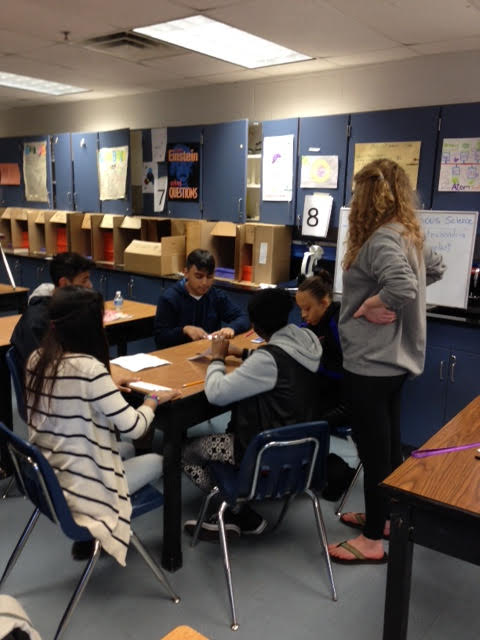 However, race was not the only factor in the riots. In addition to the chronic and historical poverty that plagued the city since the 1950s, statistics reveal that one of the long-stemming problems is the lack of educational opportunities for students.

In 2013, the Baltimore City school system ranked second in the nation for highest per student costs, spending $15,483 per student. Yet the high school graduation rate for the class of 2013 was 73.5 percent, which is 14 percent below the national average. Standardized test scores on the Scholastic Aptitude Test (SAT) and Advanced Placement (AP) exams were also significantly lower than national average during the 2013-2014 school year.

With the recent talks of #saveFCPS and the enormous budget cut of $55.4 million for Fiscal Year (FY) 2016, it’s important to instill the value of an education at the earliest age possible.

In fact, Jefferson recently received a grant of $99,744 from the Jack Kent Cooke Foundation to help students of low-income families prepare for Jefferson’s admission process. Using this money, the school will implement a LIFT (Learning through Inquiry, Fellowship and Tutoring) program, which will help 200 economically disadvantaged students through scholarships, extra sessions, test prep and others resources.

In addition to the grant, there are clubs at Jefferson that try to help young students of lower income to become more passionate about education in an effort to combat the inequality of education.

Growth and Inspiration through Volunteering and Education (GIVE)

Founded by Class of 2013 alumni Kevin Cao and Kartik Gupta and Robinson Secondary School Class of 2013 alumna Abrar Omeish, GIVE aims to promote the leadership of students in order to help improve their quality of life. GIVE offers free tutoring programs at local libraries and community centers for disadvantaged kids and holds an SAT/ACT prep book drive yearly.

“Not only is it free for students who are either economically disadvantaged or from a less education-oriented family, but it also allows younger kids to develop and learn the concept of the significance of education,” junior Jennifer Song said. “Programs such as GIVE would provide many opportunities to students who don’t necessarily have the finances for an adequate education.”

Holmes Tutoring is an eighth period activity where students at Jefferson tutor middle school students in math subjects, including fractions, and math competitions, such as MathCounts.

“We should be making sure that students have a solid foundation starting all the way from the basics in their early elementary school years,” sophomore Won Seok Wong said. “If they’ve been taught the wrong things in elementary school or if their teachers don’t care if they learn or not, these students don’t really learn anything.”

In addition, Holmes Tutoring fosters a positive relationship between the mentors and students.

“I think it’s important to tutor/mentor kids at a young age because that’s how kids connect with older peers,” senior Tony Baek said. “Tutoring is usually like a one on one thing which is super helpful and as long as the tutor is engaging and is helping the kid learn it goes a long way.”

“Mentoring is certainly important early in a kid’s education so that the morals can be instilled into the child’s personality and character at a young age,” freshmen Claude Karaki said.

SEE is a student-led organization, founded as part of a Global Studies project by seniors Noah Shin, Marissa Einhorn and Ganesh Arvapalli, trying to diminish the amount of educational inequity within our socio-economic region. They currently assist with Standards of Learning (SOL) review and tutoring sessions at Walt Whitman Middle School.

“Our goal at first may have been to just get Walt Whitman high school off the warning list but after doing so much research we realized that it should be part of a continuous effort to help alleviate the educational inequality seen among different socioeconomic levels,” Arvapalli said. “If we give more opportunity to people in lower socioeconomic classes, then we can help break the cycle of poverty and help result in a more educated society.”