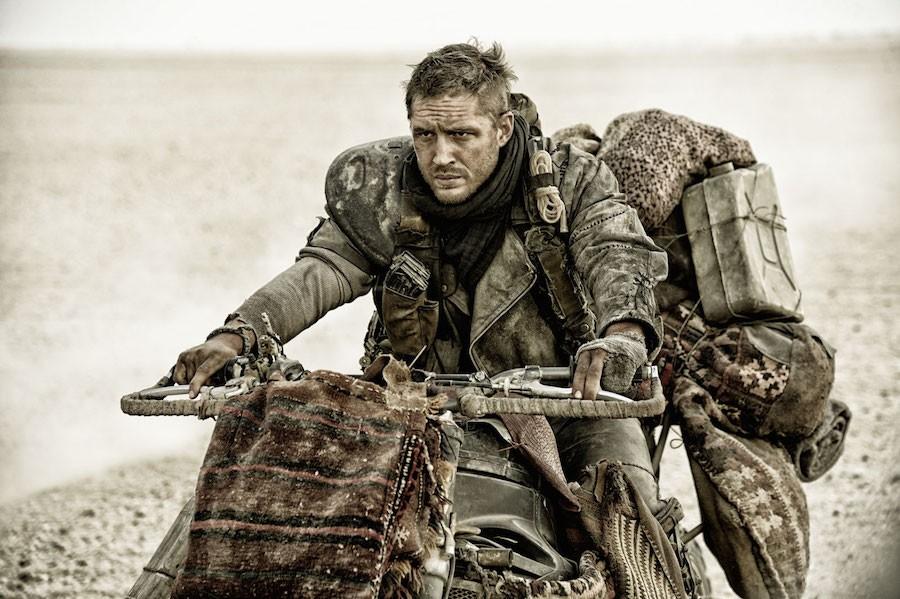 Director George Miller’s original Mad Max trilogy pushed action flicks to new heights with its fetishization of motorhead culture and distinctive post-apocalyptic environment. And with the release of the fourth installment in the Mad Max saga, “Fury Road,” Miller has managed to once again blow the brains out of theatergoers with his vision of a deteriorating world in which man has been whittled down to a single instinct, survive.

Released on May 15, the film is set years in the future, when man’s machines begin to die of thirst as oil rigs begin to dry up. Although modern civilization has died, factions rise to take control of resources, resulting in three clans that rules over the population. Max Rockatansky (Tom Hardy), the series’ titular hero, is captured by the Warboys, a religious cult under the leadership of Immortan Joe (Hugh Keays-Byrne). Meanwhile, Imperator Furiosa (Charlize Theron) leads a daring escape from Immortan’s tyrannical rule, taking his “prized breeders” the Five Wives along with her. Max is thrown into the middle of the ongoing chase and begrudgingly joins Furiosa in her efforts to find safe haven.

The action scenes are tense and manage to consistently outdo the last in epicness and scale. The amount of times expletives managed to escape my breath as my eyes were injected with pure balls-to-the-wall nitro fueled car chase scenes is a testament to Miller’s mastery of the genre. The action is perfectly juxtaposed with stunningly gorgeous shots of the barren wasteland, which sounds paradoxical, but is something that needs to be seen to believe.
Forced into the middle of all the chaos are the two protagonists, Furiosa and Max. Their relationship throughout the film evolves in such a perfectly organic way through not only spoken dialogue, but small mannerisms and expressions that give away their true feelings. I especially appreciated the absence of any shoehorned in romantic relationships, as they certainly would have undermined the natural connection between Hardy and Theron’s characters.

Just as interesting are the “villains” of the film, who look perfectly at home in the psychotic world that Miller has created. Hugh Keays-Byrne returns to reprise his role as the main antagonist in the Mad Max film. Keays-Byrne did a fantastic job in the first Mad Max as Toecutter and in “Fury Road,” he fits perfectly into the character of Immortan Joe, with his elderly, yet fearsome visage. The character designs for the other clan leaders are just as imaginative and all three allude to one of the questions posed by the film: “Who killed the world?”
Of course, it isn’t a Mad Max film without roaring V8s. The vehicles in Fury Road present designs that balance functionality with aesthetics. The War Rig–similar to the one seen in Road Warrior–, an eighteen wheeler outfitted with barbed wire, spikes, mounted turrets and a giant wedge plow, takes functionality to the extreme. On the other hand, the Gigahorse, Immortan Joe’s vehicle, serves as a throne with its oversized body which consists of two 59’ coupe DeVilles stacked one on top of the other.

Complementing the booming explosions and shrieking engines is the fantastic soundtrack composed by Tom Holkenborg. The music perfectly reflects the visuals, as if Holkenborg had run the film through a pair of speakers. Blending electronic and metal influences, the soundtrack brings as much character to the film as its onscreen actors.
From trailers alone, one would guess that this is a movie that sweats testosterone and is fueled by unrestrained masculinity. However, the film takes a page out of Ridley Scott’s Alien and shows in a respectable way that girls can kick just as much ass as men. Too many films try to emulate Sigourney Weaver’s Ripley to present yet another “Strong Female Lead” and fall flat. Furiosa succeeds because while she is shown as a fierce fighter and excellent leader, she has her own weaknesses while in other films, these female leads are taken over-the-top resulting in a flat character that is much too one-sided to be remotely interesting or believable (I’m looking at you, Resident Evil).

Fury Road is a jaw-dropping touchstone in the action genre that revolves around themes of home, hope, and redemption. After watching the original Mad Max and Road Warrior, it feels as though this was the film that George Miller had envisioned in his mind all along and the previous movies were testing the waters. I can not recommend this film enough and I can’t wait to see where Miller will go next in planned prequel, “Mad Max: The Wasteland.”