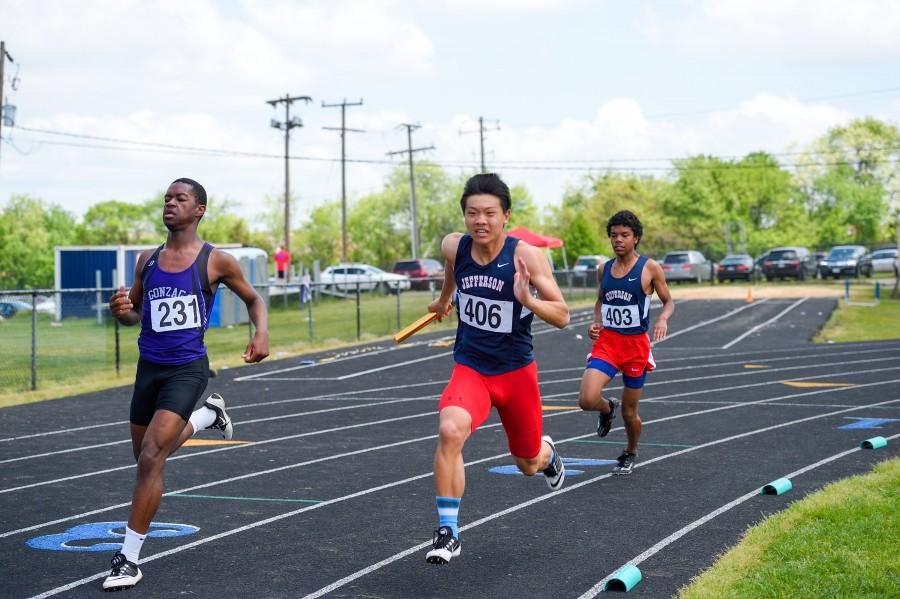 On May 9, Jefferson held the 16th TJ Penultimate Experience, an annual spring track and field invitational. Athletes from 18 Virginia and Washington, D.C. schools attended the meet.

As the last invitational before the championship season, Penultimate is known for allowing runners to qualify for Conferences at the last minute. This final tune-up before the post-season was a fruitful experience for Jefferson’s athletes, many of whom obtained new personal records (PRs).

“A lot of people got PRs, which is pretty unusual for hot weather,” senior Monique Mezher, who is a captain of the girls’ sprint team and placed fourth in the pole vault, said. “We had new facilities like our new pole vault mat, which a lot of teams liked, and we really appreciated the help the entire TJ community gave to this event.”

Sophomore Saurav Velleleth, juniors Nate Foss and Alex Hoganson and senior Remy Freire also led the boys’ 4×800 relay to a blazing 8:15:71 finish, a time that automatically qualifies them for the 5A state meet. Foss, the relay’s anchor, narrowly edged out West Potomac High School’s Matthew Frame to eke out a first-place finish by just 0.43 seconds.
Penultimate’s smooth operation was largely dependent on the many members of the Jefferson community who volunteered their time to set up hurdles, run scores up to the press box and rake the triple and long jump sand pit, among other tasks.

“I haven’t helped out at a track meet before, but I think it was successful,” senior Brandon Kim, a volunteer and former pole vaulter for the Jefferson track team, said. “I really liked supporting my friends, and it was exciting to revisit pole vault and see the boys’ 4×800 relay state-qualify.”

Now that the regular season is behind them, Jefferson’s varsity track team looks forward to an promising post-season.

“We want as many people from our team coming in top six at Regionals to advance to States,” Velleleth said of the boys’ distance team. “At States, we’d like our 4×800 team to come in top five and for all our runners to run blazing fast times in their individual events. Hopefully this will prepare us for Nationals.”