Why second place for TJSO is better than first 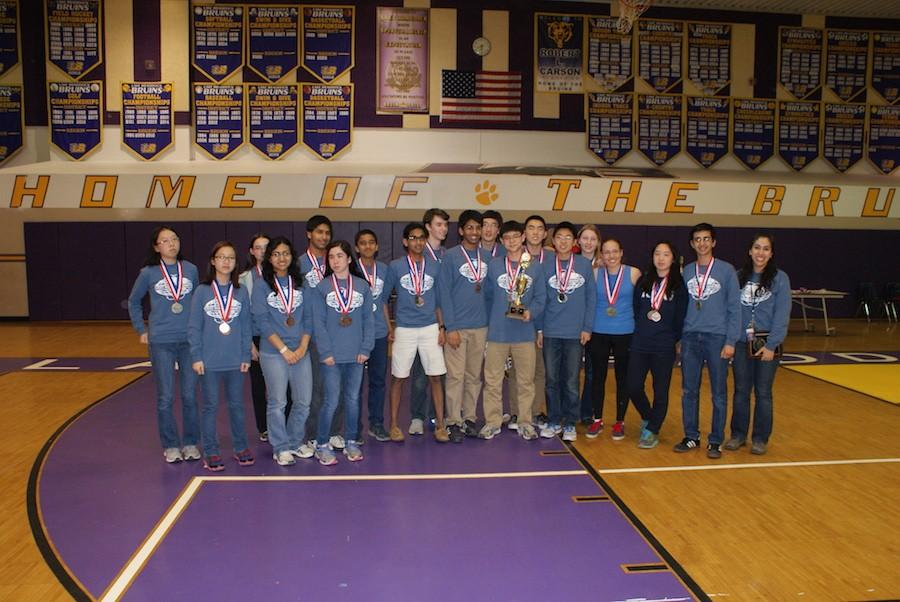 On April 11, the Jefferson Science Olympiad placed second at states.

Yes, as a member of Jefferson’s Science Olympiad team (TJSO), I know that we did not win at the states on April 11.

But from it, we unveiled an essential lesson that couldn’t have been learned otherwise.

I chose to join my elementary school’s Science Olympiad team in fifth grade, and ever since, this after school club has been an increasingly significant part of my life.

Participating in Science Olympiad is in itself thrilling in a unique way, but the moments I love the most stem from being around the people who are also passionate about the sciences. Through the club, I have experienced a ton, from sharing discoveries with my team members to meeting individuals who have solved issues with their creative minds.

In its division, Longfellow Middle School is known for finishing first at the state level for 10 years, and in the top quadrant for Nationals. Becoming a member of the club in middle school gave me a reason to work on scientific studies for at least eight to 10 hours weekly. During meetings, we effectively bonded as a team, and it was a powerful feeling knowing that we got each other’s backs. I started to spend countless late nights on studying and experimenting; one of my favorites was trying to construct rotor-shaped devices that would fall to the ground as slowly as possible while safely transporting a raw egg.

Due to the nature of science, it is continuously possible to better develop the design of a device or learn new facts about a topic. Every member of our team realized this at one point or another, and we all took initiative to improve.

Now as a grateful member of TJSO, we, as a team, should strive to hold a positive attitude and continue to excel.. We should refrain from thinking that Jefferson is unbeatable due to the advanced science courses the students take or the STEM-oriented environment the team is more readily exposed to.

I believe that Jefferson placing second, to Langley High School, by a mere two points opened our eyes to teach us more about developing into stronger competitors then even winning would have. If our willingness to improve is a match being struck, what will allow it to ignite into a bright and blazing fire?

When we are preparing for tournaments next year, our second place should remind us that more dedication is the answer. There is no other way to get better than to soak in more knowledge and to study in a more detailed way, because the teams that do the best are the ones that have prepared the most in advance. Moreover, we need to continue challenging our minds to test our creativity and to think of ideas that no one has previously considered.

One of the disadvantages that TJSO faces throughout the season is having difficulties in spending an adequate amount of time for Science Olympiad, since almost all Jefferson students have major schoolwork and other extracurriculars to focus on as well.

Nevertheless, I truly believe that the team can scrape out their precious minutes, and later, hours and days, to dedicate to this club.