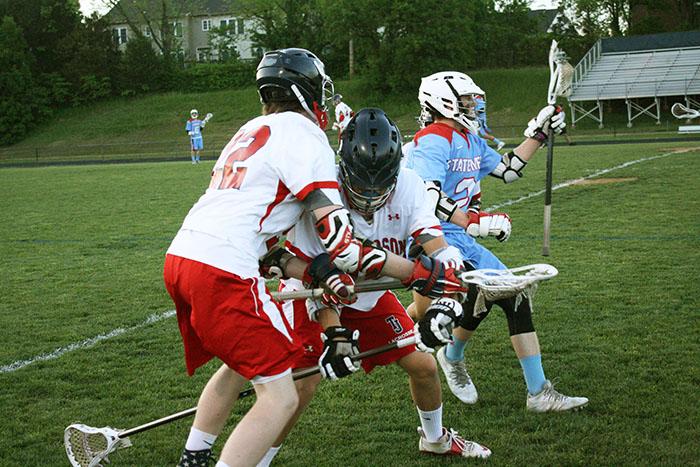 “Lacrosse is a very complex sport and especially when they’re tired people kind of lose their focus and just in general discipline was a weakness,” Head Coach Jackson Kibler said. “We kind of had to just step back and take a breath and we had to realize that despite the score there was nowhere near as much of a gap between our abilities as the score showed.”

The Jefferson defense was far more successful in the second half, only allowing a total of five goals between the two quarters.

“We played better,” Wendt said. “We weren’t asleep. The first half we just weren’t paying attention to things, missing obvious plays by them. The second half we actually saw things and played properly.”

Bennett was impressed with the sportsmanship and perseverance of the team.
“I think we’re a team with a lot of heart and they definitely showed that,” Bennett said. “It’s really tough to play out a game for 48 minutes once the first minute went as sub-optimally as it did but I really have a lot of respect for the way that they finished out the game and really gave them a great game at the end. The last two quarters we really held our own.”

Although this game was a loss, the team has had an overall better season than last year.

“Our efforts have been there all season,” Kibler said. “There are a lot of kids on this team that never played lacrosse before they got to TJ and so there’s always going to be issues with stick skills and general lacrosse IQ. But one thing that the three years I’ve been here we’ve always been able to count on is that they’re playing their tails off the entire game, and that’s always something nice to see because we have a lot to work with as coaches if the efforts there. That’s something you can’t really teach.”