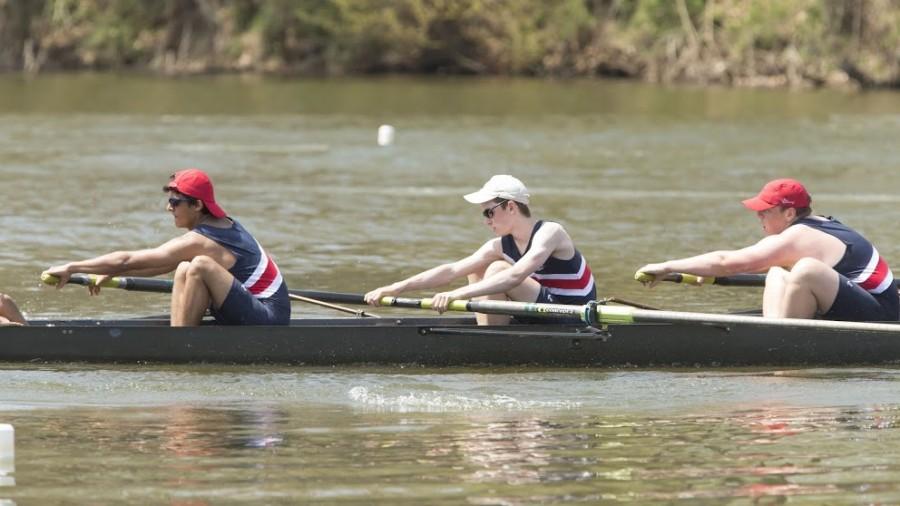 For Jefferson’s novice boys crew team, the year has been full of ups and downs. During the early months of the spring season, the team practiced indoors due to poor weather conditions at Sandy Run Regional Park. When the team finally did get the opportunity to hit the water around early March, the first two regattas were cancelled for the same reason. In addition, last week’s Darrell Winslow regatta on April 11 was cancelled for many of the novice teams in the region due to deteriorating wind conditions on the water as the day progressed into the afternoon.

“I was pretty disappointed and angry when I found out that my race was cancelled,” freshman Cameron Mukerjee, a coxswain for the novice boys boat, said. “It was cancelled because the wind was too much for the novice boats to race in, although for this regatta, the wind gusts had actually died down for our race so I felt ready.”

Mukerjee and his boat raced for the first time all season on April 18 and placed third against Gonzaga and St. Joe’s Prep with a time of 5 minutes 57 seconds. The Men’s First Varsity-8, Third-8 and Freshman 8 also placed last in their respective category, a contrast from the results of the previous weekend. The Jefferson team competed against teams at the St. Andrews regatta that usually compete year round, as opposed to the usual local competition of Virginia scholastic rowing teams.

This week, the Men’s crew team is spending practice preparing for the Al Urquia regatta on April 25 at Sandy Run Regional Park. “I knew that St. Andrews would be tough, since it was an invitational against year-round crews,” Mukerjee said. “For practice, we need to focus on perfecting the stroke and getting more power out of each one.”