Remembering 4.16: One year after Sewol ferry sinking, what we should not forget 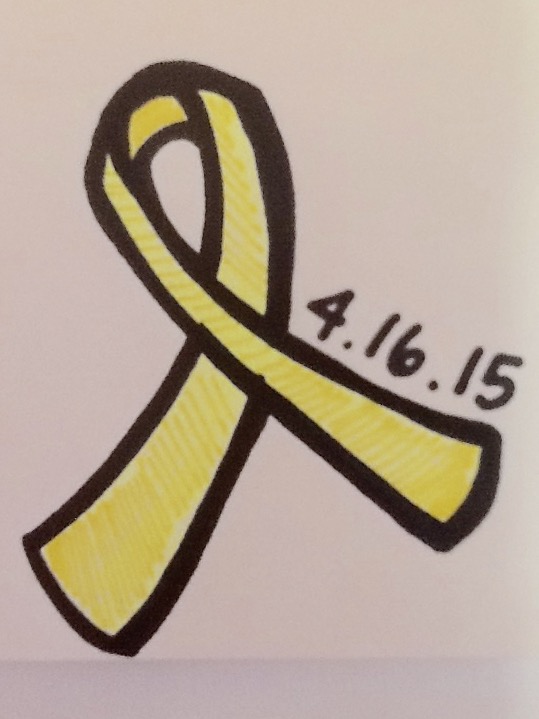 Photo by Esther Kim. One year passed since the sinking of the Sewol ferry in South Korea.

A year has passed.

Even now, it is difficult to perceive the amount of time that has gone since the sinking of the Sewol ferry.

Maybe it is because of the overwhelming emotions that the South Korean community, as well as myself, has experienced during the past few months, watching an influx of news coverage announcing the deaths and unknown whereabouts of over 290 out of approximately 450 passengers.

On April 16 of last year, the South Korean ferry, Sewol, was on its way to Jeju Island, bringing second-year students from Danwon High School of Ansan for an annual school-wide trip.

After a sudden jolt, the ferry sank to the depths of the Yellow Sea, with numerous passengers unable to evacuate on time due to announcements that urged them not to move. Days after the sinking, deaths accumulated, but no additional survivors were found.

The majority of deaths due to the sinking were students from Danwon.

I vividly remember the day when I heard the incident. It was the day when I realized I was not witnessing a successful rescue story, but a tragic national disaster. I listened to the heightened voices of reporters and the tears of parents. I watched the number of deaths increase day by day.

Days, months, and now, a year has passed. Since then, my life has stabilized, and the media still continues to report the most recent political scandal or entertainment gossip.

However, I do believe that I have the responsibility and the obligation to remember the Sewol, the students and the lives lost. In a society that constantly searches for more provocative and eye-catching elements, it becomes that much easier to forget the events that have occurred in the past.

The Sewol sinking was a tragic incident, one that we hope will never recur in the future. Hundreds of lives were lost. The entire nation was in grief.

And now, my role, as with everyone who has experienced the pain of the tragedy, is to remember. To remember that events like the sinking of Sewol will not happen again, to remember that it will not become another event in history left to be forgotten.

Since the incident, yellow ribbons have become the symbol of the Sewol sinking, commemorating the deaths of passengers and numerous students.

Hopefully, a year after from now, we can still see yellow ribbons around.