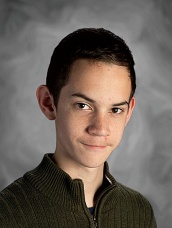 All students at Jefferson take the Foundations of Computer Science (CS). Many go on to take Advanced Placement (AP) CS, and some even pursue a senior research lab related to CS or participate in extracurricular CS clubs. However, few students write professional code, win international awards, and have been sought out by companies for internships. Junior Fox Wilson is one such student.

Wilson has been coding for as long as he can remember. Despite none of his family being involved in CS, he picked it up on his own and has since expanded his knowledge and experiences.
He can proficiently code in Python, Ruby, C, JavaScript (node and the browser), Java, and other common shell languages. Wilson also has Linux/BSD systems administration experience. Wilson is a full-stack web developer, not only designing and building frontends using commonly available CSS frameworks, but also creating scalable backends using Ruby on Rails, Flask, Sinatra, and other frameworks.

Finally Wilson also composes abstract type classic electronic music in his spare time. All of his albums can be found here: https://fwilson.bandcamp.com/.

Major Awards on the International Level

Metropolis Cybersecurity Competition: Working alone, Wilson placed second in the first round of a capture-the-flag competition designed for teams of four.

Wedge – Developed at a 24-hour hackathon event, Wedge classifies Wikipedia edits for users of the app, then awards achievements and points for constructive edits.

CodeSphere – CodeSphere was an application developed at another 24-hour development event. It adds real-time chat, improved issue tracking, and a shared whiteboard to GitHub repositories.

Queri – Queri allows system administrators to check the status of servers with a phone call or text message. It was built at MHacks, a 36-hour development event.

Dep10y – Dep10y is a collaborative development environment with an instant deploy feature. It used Puppet and the DigitalOcean API to automatically configure virtual environments for each project. It was built at Hack the North, another 36 hour development event.

NEWS – A news sorting programs that sifts and pulls articles from all major online newspapers, storing and classifying them so that they can be accessed via a query. NEWS serves as an offline database and is currently in the Beta stage.

Q-and-A: On April 15th tjToday interviewed Wilson about his experiences in programming.

Q: What is your favorite aspect of programming?

A: Problem solving is probably my favorite. It applies to other fields in addition to CS, and it’s also a lot of fun. It’s also something that won’t be replaced by a computer in the near future. Despite advances computer science, somebody still has to write the more complex code!
Q: What’s the most interesting or useful thing you’ve created?

A: I wrote a system that passes privileges in a chatroom to other instances of itself. It’s a little complex. If you’re interested the code is at https://github.com/fwilson42/bot-regime.

Q: Why do you think programming is important?

A: Programming really teaches you problem-solving skills which, like I said, are very useful in other fields as well. In addition, technical literacy is going to be very important very soon, and I think programming helps with that. It’s one of the reasons why the mandatory Jefferson CS course is valuable.

Q: What Jefferson classes or teams would you recommend for prospective programmers?

A: Take Accelerated CS if you can (instead of Foundations). I can definitely recommend Artificial Intelligence, and I have heard good things about Parallel. AP CS is great if you’re interested in the theory behind everything.

Q: What do you plan to do after graduating high school?

A: I plan to do something in the field of computer security. In the meantime I’m planning to take an internship with MITRE Corporation over the summer.
Q: What is the most important aspect of Computer Science?

A: While I often program leisurely, ultimately your code and projects should help others live better lives. It’s incredibly important to foster a friendly environment among programmers, which is why I fully support open source code. Additionally, respecting the rights and work of other is essential, which is why I do so much security coding and firmly believe that internet and copyright piracy is wrong.
For more information see Wilson’s own webpage: http://fwilson.me/