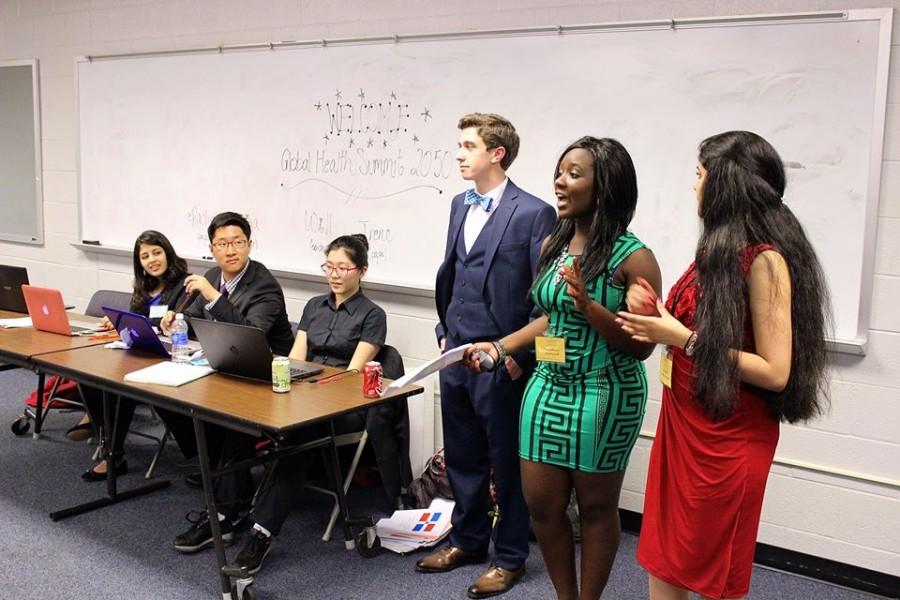 The Thomas Jefferson Model United Nations Club (TJMUN) hosted its annual conference, TechMUN, from April 10-11. This year, the conference attracted hundreds of high school and middle school students from several counties in the area for a weekend of intensive debate, resolution-writing and tackling real-world scenarios.

“The chairs, directors and czars did their best to reflect the quality of the college-run conferences that we attend throughout the year,” junior Shohini Gupta said. “Although TechMUN has some technical difficulties, we wanted to make sure that the real committee experience for the delegates was one of the highest quality we could offer.”

“Each and every one of the delegates worked incredibly hard and deserved the awards that showcase their efforts,” senior Aidan Hennessey- Niland said. “We, the secretariat, couldn’t be happier with the hard work and dedication of our staff put into the conference.”

The TJMUN team has been working tirelessly on TechMUN for the past few months, planning every thing to the last detail. This conference was the last conference of the school year.

“Though we attend numerous conferences every year, it’s hard to truly appreciate how much work is put into making a successful conference until we see it from the opposite perspective,” junior Will Ryu said. “Having the opportunity to be part of the team preparing TechMUN for months, and seeing the efforts pay off this weekend has been amazing. We received many compliments regarding our level of professionalism in running the conference, and chairing a committee myself, it was personally a great experience to see everyone enjoy debate with no problems incurring.”