‘Insurgent’ doesn’t live up to the book 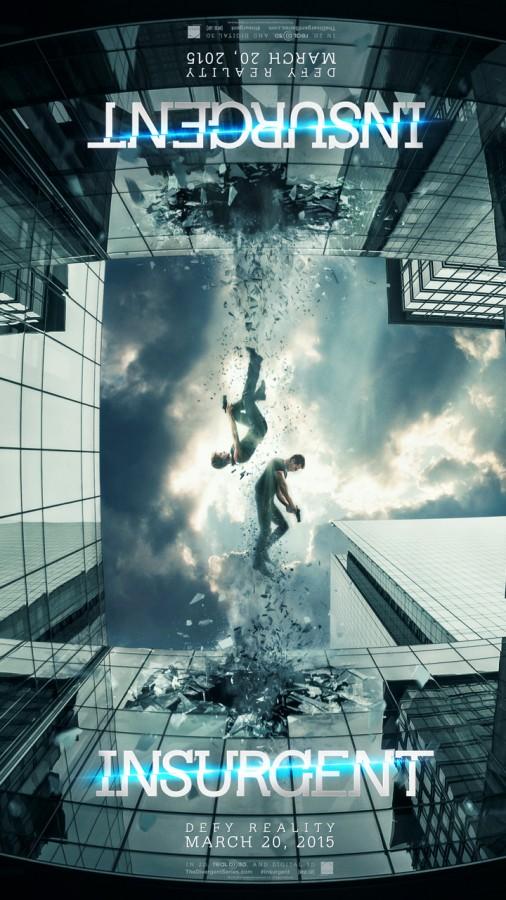 Veronica Roth’s bestselling Divergent trilogy turned heads when its sequel, “Insurgent,” released in 2012.  However, the film adaptation of this page-turner, which was released on March 20, did not live up to the expectations set by the book. The plot seemed rushed and there were some poor casting decisions and inconsistent cinematography.

The movie continues the story of Beatrice (Tris) Prior (Shailene Woodley) who, after the events of the first movie, “Divergent,” is on the run.  The faction system present in dystopian Chicago is slowly falling apart as Jeanine (Kate Winslet), leader of Erudite, seeks a mysterious “box” that contains a message from the founders of the dystopian society.  To open the box, a divergent individual must pass five simulations that represent each of the five factions.  Each faction emphasizes a certain trait: selflessness (Abnegation), wit (Erudite), bravery (Dauntless), honesty (Candor), and peace (Amity).  Tris, a divergent with an aptitude for three factions instead of one, evades capture during the movie while trying to unite the factions against Jeanine with the help of her lover Tobias, or more commonly known as Four (Theo James).

Despite having many gripping action scenes, the basic plot of the movie did not mirror that of the book, sucking the realism out of it. The box that becomes the central theme of the movie is not part of the book, and every scene with it therefore seemed poorly constructed. Many of the high intensity scenes in the book lacked emotions in the movie. Though the movie was packed with high-tech, action-filled scenes, there was an  unnecessary use of technology in the movie such as the box and a series of black wires that attach a divergent to it. To fans of the book, the movie was disappointing in its inability to keep up with the original plot and develop character relationships simultaneously.

Along with poorly constructed scenes, well-loved characters from the book were not translated authentically onto the big screen, making their interactions awkward.  Though Shailene Woodley and Theo James were convincing in their roles, the script prevented them from showing development or from sharing the chemistry that is present in the book.  New characters such as Uriah and Marlene were quickly slipped into the plot without much backstory; their significance was never completely illustrated.

Though the script was far from ideal, one powerful scene from the movie stood out with stellar acting and a dynamic script.  This scene showed Tris confronting the murder of her friend Will (Ben Lloyd-Hughes), which she was forced to commit while he was being manipulated by Jeanine in “Divergent.”  During the course of the movie, Tris contemplates whether or not she can forgive herself for the actions she has taken to get where she is, and this scene brings this internal tension to a climax.  Tris admits to killing Will through her tears while she is under truth serum, and by the end of the movie realizes that she has to be able to forgive herself for the mistakes she will make and the lives she will take in the future.  Shailene Woodley’s acting during this scene and in others like it was poignant and bold, bringing out the emotional conflict her character was facing.

Despite some thrilling action scenes and bursts of prominent acting, “Insurgent” failed to meet the mark of its novel precedent.  Although the movie consisted of an all-star cast and had some emotional moments, the poorly written script and unnecessary technological additions caused it to be received with mixed emotions.