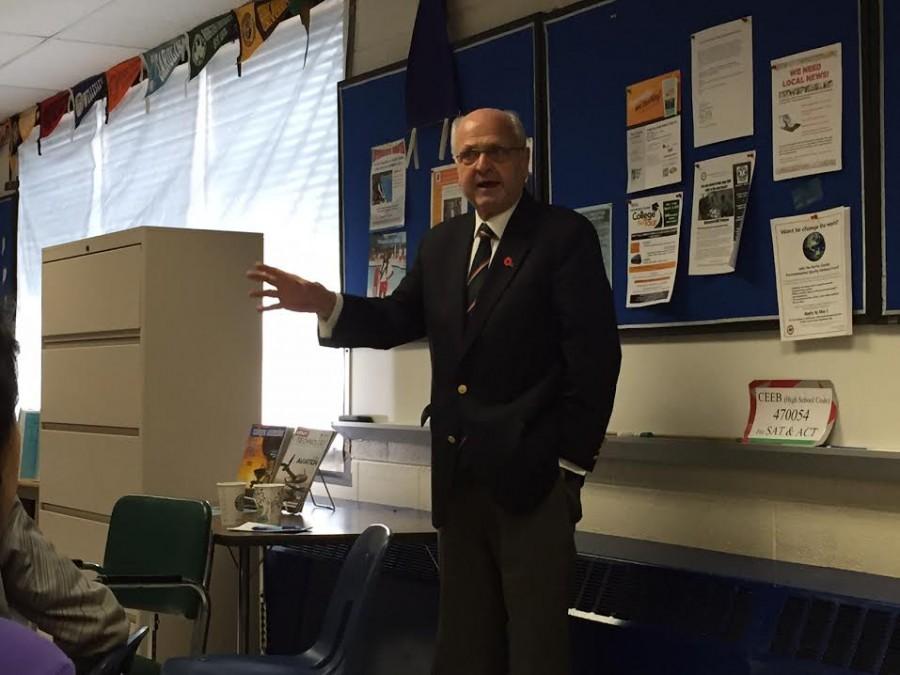 On Wednesday, April 8, almost 50 Jefferson students crowded into the College and Career center during eighth period, with some even having to sit on the floor. All of these students listened enraptured to the former Prime Minister of New Zealand and Director-General of the World Trade Organization (WTO) and current ambassador of New Zealand to the U. S. Mike Moore as he informed the students about his small pacific-island country and its role in the world.

This visit was organized by tjTED, a student organization led by juniors Wendy Wang and Jessica Nguyen that aspires to bring to Jefferson some of the influences of the political sphere in Washington, D. C. and present the different types of leaders that work within the national government or closely to it to students. Wang came up with the idea while in Geneva, Switzerland for several weeks, where she was close to international organizations such as the United Nations (UN), International Red Cross and World Health Organization (WHO), and she wanted to facilitate that kind of exposure to students through leaders in Washington, D. C.

“The ultimate goal of tjTED is to expose TJ to the opportunities D.C. has to offer and to allow students to meet and build connections with some of the really incredible leaders staying in or visiting our nation’s capital, in the hopes that the students will utilize those connections they’ve formed to craft opportunities for themselves,” Wang said.

tjTED has had several other speakers come to Jefferson, including NASA Administrator Charles Bolden, Assistant Secretaries of State, members of Congress, foreign ambassadors, and the former international president of Doctors Without Borders (MSF).

“My role in TJTED is as co-founder, student coordinator, and advisor,” Wang said. “I want to encourage students to take their interests a step further by meeting real-world leaders, by building connections with those leaders, and by using those connections to further build opportunities for themselves.”

Specifically, Mike Moore’s visit was a part of tjTED’s Ambassador Project, which is an initiative to inform Jefferson students about the various countries ambassadors represent, their relationship with the U. S., and the role ambassadors play in foreign affairs.

“I was particularly interested in inviting Ambassador Moore because of his distinguished career, including his prior service as Prime Minister and the Director General of the World Trade Organization,” tjTED’s Ambassador Project leader freshman Alex Bowman said. “I was also interested in inviting him because of the unique characteristics of New Zealand, including its stunning natural beauty.”