‘The Voice’ sets up an interesting dynamic for the new season 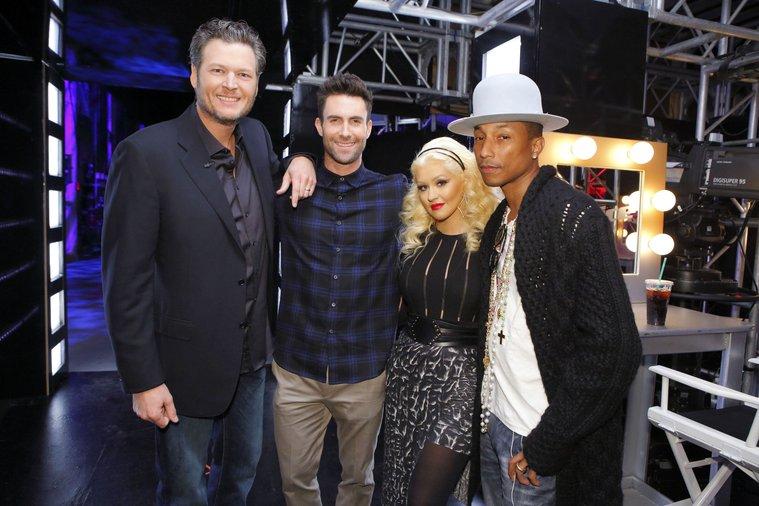 After last year’s memorable season, ‘The Voice’ Season 8 has a lot to live up to. Returning judges Adam Levine, Pharrell Williams, Christina Aguilera and Blake Shelton were all ready to see how the new season played out.

Right away, Shelton got powerful rock singer Sarah Potenza, after competing with three other chairs. Following his steal, Williams and Aguilera also each added one singer to their team. Low Oakley of Williams’ team was my all-time favorite singer due to his surprisingly familiar voice, reminding me of that of inspiring artist Michael Buble. I also fell in love with Christina’s team’s Rob Taylor’s voice through his powerful falsettos and high range. After much convincing, and Christina getting up on stage to sing “I want you,” Taylor strategically picked Aguilera who could relate to his powerfulness.

The young Iovnne Acero stood out to me due to her song choice of Try by Colbie Caillat. Unfortunately, none of the coaches turned for her, but reassured her that with a little more practice she could go far.

After an incredible country music performance by Cody Wickline, he ended up picking Shelton as his coach. Shelton later tweeted, “What did you used to call yourself @adamlevine? “King of the 4 Chair”…?” referencing Levine’s reputation for being picked when all four chairs turned.

Surprisingly enough, by the end of the episode, Levine had still not gotten any team members, as a surprising change to his powerful team last season. Williams ended up with a strong team of three, Shelton with three, and Aguilera with one.

“I can’t sit here and tell you that I’m not a little bit sad that Sawyer went with Pharrell,” said Shelton in regards to the last contestant of episode one. “But the fact that Adam didn’t get any. It almost makes it an easier of a pill to swallow.”

As arguably my favorite coach, it was not easy to see Levine team-less. Even so, knowing that he adds three team members in the second episode makes it easier for me to accept. This newfound change in dynamic makes me feel like this season of ‘The Voice’ will be the most exciting yet.