“The Dress” controversy is solved once and for all 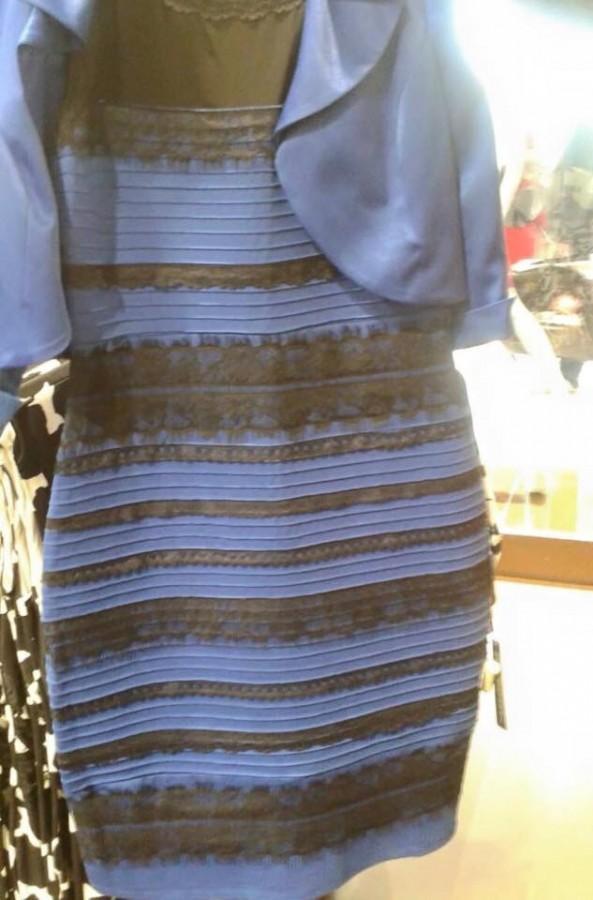 Social media was bombarded by images of what has become known as “the dress.” There are claims that the dress is blue and black or white and gold. tjTODAY is here to close this debate and inform the Jefferson community of the true color of the dress once and for all. To set the record straight, the dress is in fact purple and orange.

The scientific fact is clear. If you see “the dress” as purple and orange, you are content with your life and will experience good luck for the rest of your life. If you see red and green, on the other hand, some have associated it with weak faith. As many people claim to see it was white and gold, scientists have concluded that this means you will lead an average and plain life with little to no success. Lastly, the traditional black and blue means that the beholder will face a life of hardship due to personal pain, such as bruising or broken limbs.

“This research into how our eyes perceive colors and what it means for each person’s future is a huge breakthrough in science,” sophomore Christina Oh said. “I believe that this new research will help us evolve as a species and better indicate how it is that our eyeballs operate in our daily lives.”

Several Jefferson students even brought up the academic downfalls of “the dress.” Because we spent so much of Thursday, Feb. 27 looking at what color “the dress” was, we failed to study for our upcoming tests. It’s purple and orange, people. One student even mentioned via Facebook and Twitter that the school’s average grade point average (GPA) was dropping because of all the failed tests on Feb. 28. It’s time we stood up for what was right and realized it’s purple and orange.

“This whole thing is kind of a waste of time for everybody at Jefferson,” senior Carolina Hatanpaa said. “We’ve already talked about all three of my classes today and it is so unnecessary. Only an idiot would think it’s not purple and orange.”

* Please note that this is a fictional satire, and not in any way accurate.