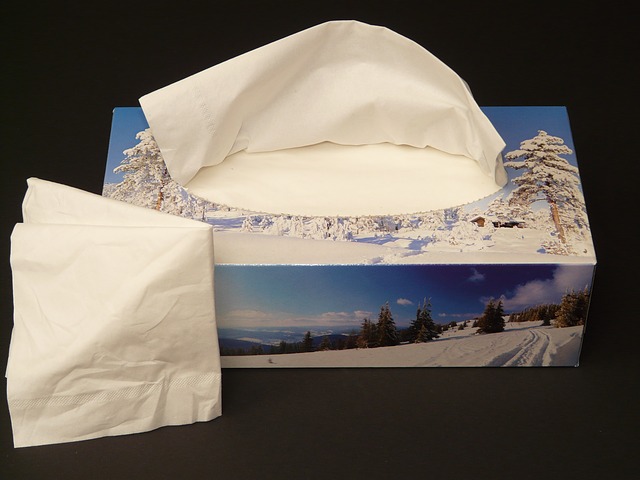 As the second semester rolls around, students are fitting into their new semester classes and returning to the regular grind of school after the deluge of snow days. Amidst the normal Jefferson life, a more sinister issue is plaguing student life. The second round of the “TJ Plague” is here.

Everywhere, students and staff members are sick. Students hear the sounds of coughing and sniffling throughout the hallways and classrooms. Despite the overabundance of illness, few students are taking time off. Contrary to most base schools, it’s very rare to see more than a few students absent on a given day at Jefferson. Students often graduate without having missed more than a few days of school due to illness in their entire high school career.

Presenteeism, or going to work or school when sick, is ingrained in our school’s culture. Students often believe that they simply can’t miss a day or they’ll fall behind in their rigorous courses. While this idea is popular at Jefferson, forcing yourself to go to AP Biology when you should be home in bed ultimately harms everyone.

Attending school sick often prolongs the illness and prevents students from recuperating. Coupled with a lack of sleep, a simple cold can often stretch on for several weeks or even a month. Moreover, concentration falls when fighting an illness, so it’s much harder to effectively absorb information.

In addition to the personal repercussions, attending school sick spreads illnesses to others, effectively causing the “TJ Plague.” Teachers, the authority figures of the Jefferson community, only further cement the norm of presenteeism, often coming to school sick themselves.

However, the Jefferson community can take small steps to improve conditions during flu season.

First, administration needs to put in more tables for students to eat lunch at and take steps to discourage students from eating in the hallways. A 2015 National Geographic study compilation found that eating on the ground and eating food that may have touched the ground causes illness and colds to spread more easily. With the school under construction, eating on the floor in not only unsanitary but spreads the “TJ Plague.” Preventing a problem is after all the best way to fix it.

Second, teachers need to take steps to allow students to catch up on missed work more easily. Although many teachers post PowerPoints and assignments, few post class handouts and notes on Blackboard. Teachers can assist by posting these class notes and handouts on Blackboard, effectively allowing students not to fall behind on their sick days. While this may not completely fix the work backlog issue, it certainly improves the situation.

Finally, the students of Jefferson need to be proactive in monitoring their health. While nobody wants to fall behind in class, a line needs to be drawn. There comes a time when personal wellbeing needs to take priority over school.