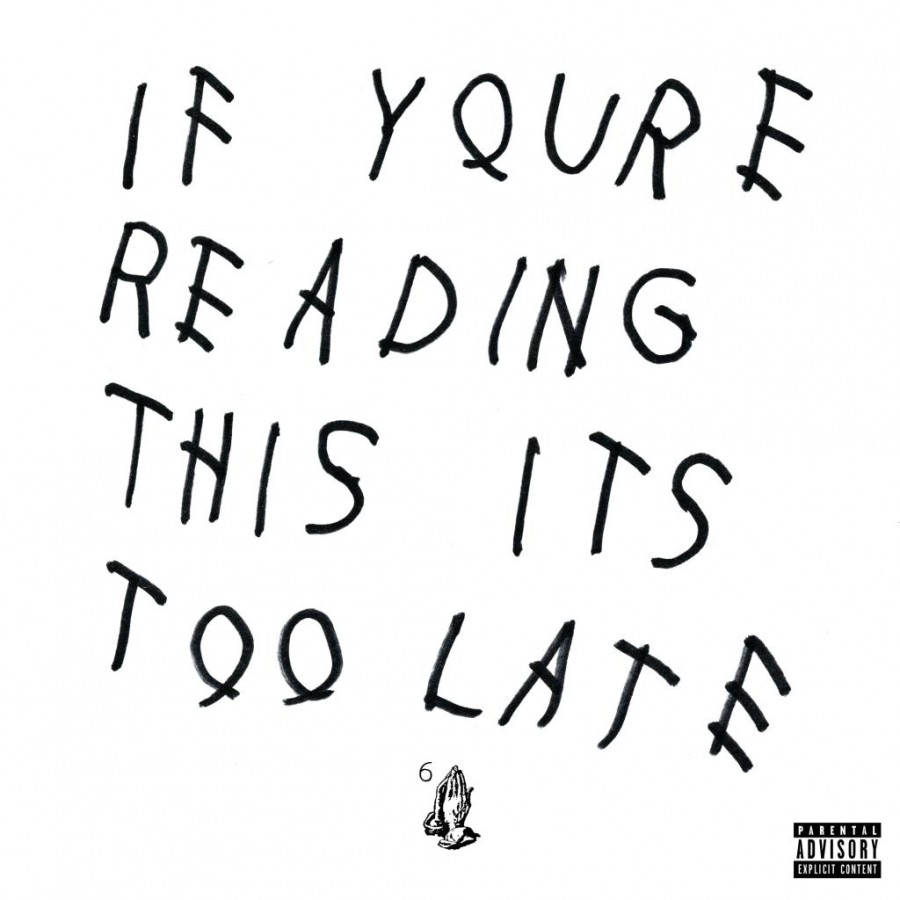 On Feb. 13, Drake surprised his fan by releasing a 17-track mixtape on iTunes. Soon after, it was released on Spotify for the world to hear.

Immediately after it’s release, it was trending on Twitter, and ended Taylor Swift’s 11-week domination of the Billboard charts.

Before you even listen to “If You’re Reading This It’s Too Late,” the first thing you may notice is the particularly interesting album title and cover. The cover looks like a first grader wrote it, which is dramatically different from every other album cover of Drake’s. Although he has had some strange album covers in the past, such as “Nothing Was The Same” with what looks like a child with an afro with a sky in the background, none have been as simple yet strange as this one.

This album seems typical of Drake. His style is unique in a way that you can tell when you’re listening to a Drake song just by his mellow and slow voice and tempos.

One thing about “If You’re Reading This It’s Too Late” is that I feel like I’ve already heard it before. It seemed that I already knew “Legend” before the soundtrack even came out. Even so, I enjoyed the song because of it’s inspirational connotation and it was a suitable choice as the first song on the mixtape.

After “Legend,” though, I felt like the album took a turn for the worse. Most of the songs in this album worked upon the dark themes started in “Nothing Was The Same,” which was not too enjoyable.

Something I did like about this album was its relatively lack of featured artist, making it more unique to Drake himself.

Even so, overall I was not excited by the album. I enjoyed his 2013 album, “Nothing Was The Same” with some of my favorite songs being “From Time” and “Hold On We’re Going Home,” as well as his 2011 album, “Take Care” that had my all-time favorite Drake song, “Headlines.”

However, in “If You’re Reading This It’s Too Late,” none of the songs stood out to me and they all seemed a bit redundant. It was an exciting surprise hearing Drake had debuted a new album, but I ultimately ended up disappointed.