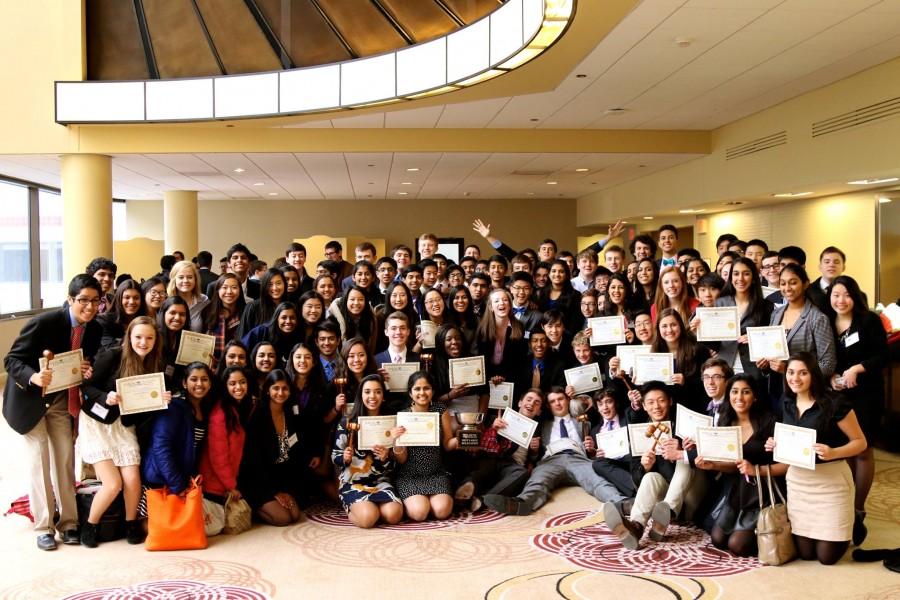 From Jan. 29 to Feb. 1 the Thomas Jefferson Model United Nations team (TJMUN) competed at the Ivy League Model United Nations Conference (ILMUNC).  Sponsored by the University of Pennsylvania, the event took place at the Philadelphia Sheraton Hotel. During the closing ceremonies, Jefferson won the best large delegation award, an honor that Jefferson hasn’t won since 1992.

“It was a really, really good moment for all of us especially because we always go into conferences not expecting to win a school award, since we bring so many people, so it was pleasant surprise,” sophomore Swetha Prabakaran said.

“Everyone really, really gave it their all. Each delegate who was chosen was very well prepared. During ILMUNC we had a number of strategies: always be nice and considerate to people around you while doing MUN and showing that, as delegates, we are not only good at what we do but we’re also warm-hearted and responsible,” said TJMUN captain Sreya Atluri.

While ILMUNC is a competitive national tournament, it also provides opportunities for new members to learn and improve their skills.

“My motto is: if we win it’s great, but we’re not there to totally win everything. Experts are great, but the freshmen, or people who have never done MUN, they need to practice,” TJMUN sponsor Alexandra Pou said. “We take them to every conference. We’re not really after the trophy, because if we were, we wouldn’t have room for the novices.”

ILMUNC attracts schools from across the United States, as well as international schools from countries such as Japan, Puerto Rico, and Venezuela.

“I went to ILMUNC because I’ve been participating in Model UN since 7th grade,” junior Will Frank said. “It’s the premier Model UN conference in the nation and I wanted to compete with the best.”