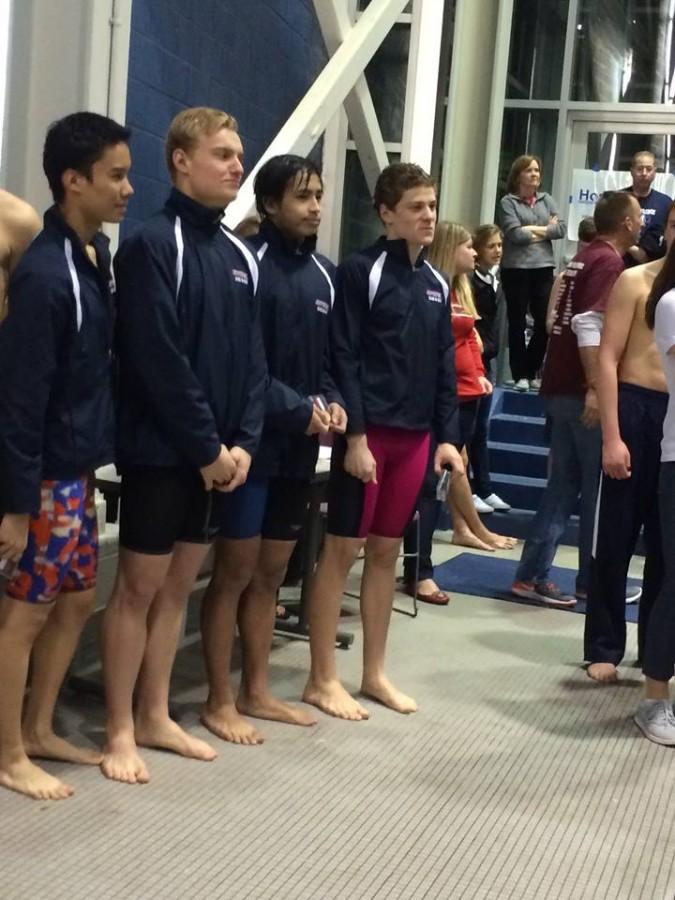 Next, the team moved on to the Regional Championship. At regionals, the boys team placed first and the girls team placed third.

“We wanted to continue the tremendous momentum we enjoyed at the Conference level, and at Regionals, we not only saw time barriers broken by individuals, but also great team efforts in the relays,” senior captain Carrie Heilbrun said. “One of the reasons I think we did so well is because every time someone lined up at the blocks before their race, they could see and hear a huge contingent of managers, alternates, and other swimmers at the side of the pool, wearing their TJSD apparel and cheering.”

A large part of the motivation for the team was the desire to make it to the State competition, which will be held on Feb. 20 and 21 in Richmond, Va. This was especially true for the seniors, for whom it is the last chance for them to swim at a high school meet. The swimmers that made it to the State competition were seniors Andrew Seliskar, Gerry Wan, Joseph Doran, Luke Thorsell and Quintin Frierichs, juniors Emilio Sison and Jared Nirenburg, sophomores Hugh Quinn, Matthew Szilagyi, Leo Wang and CJ Wilson, and freshmen Jonathan Pollock and Nick Isenhower for the boys, and seniors Sophie Bennett and Carrie Heilbrun, junior Charlie Lertlumprasert and freshman Sydney Harrington for the girls.

“The top 10 swimmers in each event at regionals qualified for states, so it could have been the last high school meet for some of the seniors, so we were all really motivated to not make it our last,” Wan said.