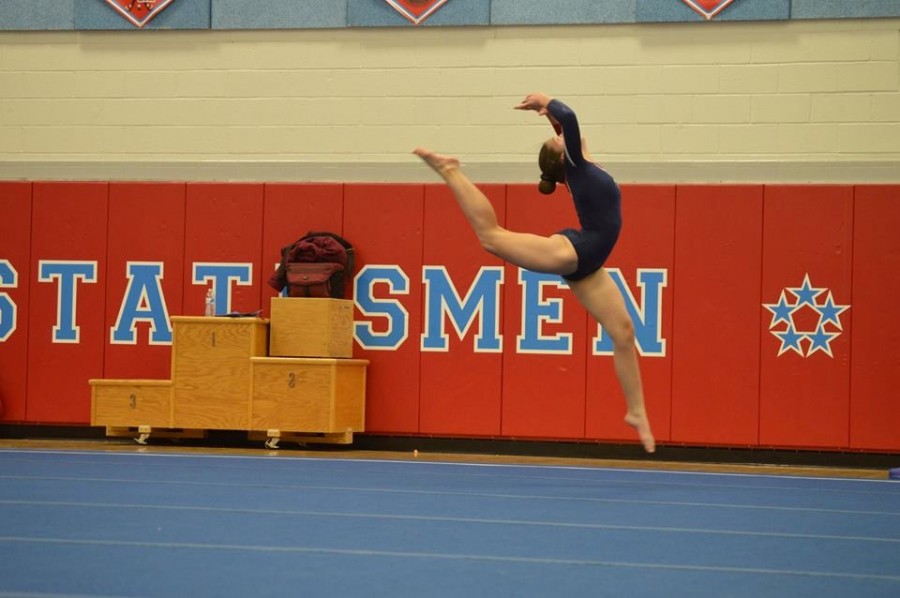 The Jefferson Gymnastics Team congregated at Marshall High School for the National Conference Tournament this Monday with high hopes. At the end, with a team score of 118.45 points, the Colonials went home having secured third place, just as they did last season. Despite placing third, the Colonials are nonetheless pleased with their performance. It was a tight race, there was only a three point gap between Jefferson and the second place high school, Mount Vernon and a twelve point gap between Jefferson and the first place team, Marshall High School.

“We were not expecting to place first. We knew that it was most likely that we would place third but we hoped for second place. No one was overly upset that we were third place,” freshman Emily Everhart said.

In addition to a satisfactory team performance, the night also come with success on the individual level for some members. Senior Amanda Chao placed eighth on beam, sophomore Carolyn Wang placed seventh on bars and beam and Everhart placed sixth on beam, bars and floor. This qualifies all three team members for the 5A Regional Championships.

“Hopefully those three team members have fun and do the best they can, and maybe set some season personal records,” senior Jennifer Fang, the captain, said.

As this season draws to a close, the gymnastics team contemplates on the future of their team and looks for ways to improve for next season in order to win both the conference and possibly regionals.

“Next year may be a bit of a challenge without our wonderful seniors, but everyone will continue to improve and we will hopefully get new people interested in joining. Each individual has events that they struggle with and ones they excel at, but as a whole the team is fairly well rounded, “ Everhart said.