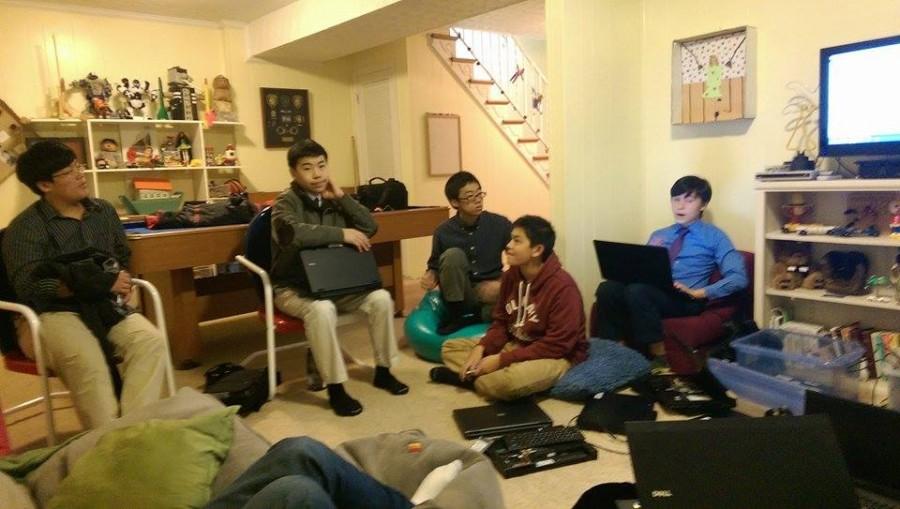 Members of Reboot for Youth gather for a meeting to discuss their latest project of refurbishing computers.

There are many students at Jefferson with extensive knowledge of computers and computer science. But sophomores Chris Cao and Griffith Heller are thinking outside of the box with how to apply their knowledge to help the community: They’re taking old, broken computers and fixing them up, and then giving them to low income families.

The need for a computer in today’s working and learning environment is growing; this year, there were 1,800 students in the FCPS Online Campus. However, not all families in Fairfax County can afford new computers, and Cao and Heller hope to change that. Their project is called “Reboot for Youth,” and it involves taking donated computers, downloading a free operating system and giving the fixed computers away. After starting the project in September, they’ve gotten several new members to help out.

“If the computers are mostly fine hardware wise, then we just install a linux system Zorin, which is free and open source so it doesn’t involve the licensing issues of Windows,” sophomore Peter Zhao, one of the members of Reboot for Youth, said. “If the malfunction is in the hardware, then we can just either take parts from other computers that aren’t working and just put them together or find new parts online and put them in.”

However, refurbishing old computers is just one aspect of the project. Cao and Heller have just launched a “PC Reloaders” club at Jefferson during eighth periods, hoping to draw in interested students to help.

The third aspect of their project is a little different. Called “Snap for Students,” it allows other students to get involved using the popular social media application Snapchat. Currently, the biggest sponsor of “Snap for Students” is NOVA Endodontics.

“Every time someone sends a picture of them with our logo on it, a company who sponsors us donates a dollar for each picture,” Cao said.

Cao and Heller are hopeful that they can expand the project and even reach out to students through their counselors in FCPS, thus being able to reach a wider audience.

“I like to do it because I’ve been taking apart our computer since I was really young and I enjoy working with electronics and now I can actually put it to good use,” Heller said.