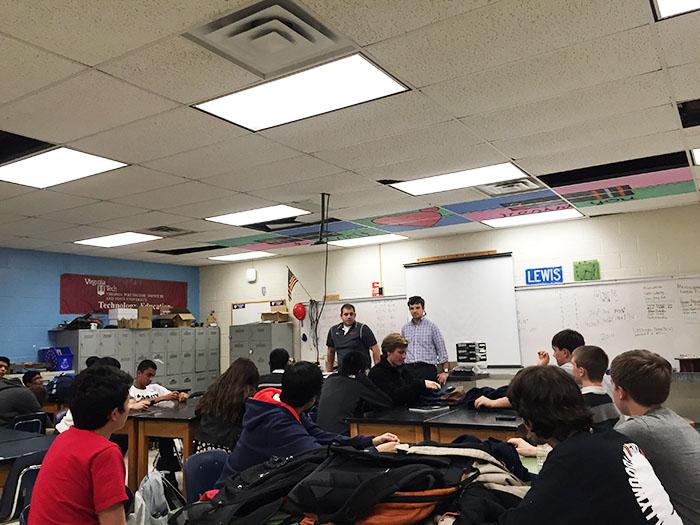 On Jan. 16, the head coaches of Thomas Jefferson’s baseball team, Craig Lewis and Nick Richards, of varsity and junior varsity respectively, held their first interest meeting of the spring season. Twenty students attended to gather information about the new practice field, expectations for the season and tryouts.

Lewis believes that the difference between Jefferson’s baseball team and other teams is the commitment.

“They are very coachable players and they want to learn the game, which makes it very easy as a coach to instill the skills that they need,” Lewis said. “There is never a slacker on the team, which is always awesome to have.”

The team will be playing in a new division this year, against opponents that better match up to their skill level.

“We have a lot of good players this year,” Richards said. “I think we’ll really have a chance to advance in our division and become a team that people will start to notice.”

A new practice field will be completed in time for the upcoming season, including new dugouts with electrical heaters.

“As a coach, you want to improve upon your record from last year,” Lewis said. “With the heavy senior class we have, I want build a lot of comradery on the team, make the game fun for the guys.”

The returning senior players are planning on hosting captain practices to get players in shape and ready for the upcoming tryouts. The coaches are especially emphasizing the need for pitchers and catchers this year.

“I only started pitching in college,” Richards said. “As long as you have good mound presence, the confidence to pitch, pitching may fit you well. People can change.”

Tryouts will start on Feb. 23 and will last about 3-5 days to determine the JV and Varsity teams. Green days, which will be held on Mondays and Thursdays, are for both returning and new players to meet the coaches and start training.

“Playing baseball is fun, just the feeling of being out there on the field and standing in the cages and hitting,” freshman Danny McCray said.