TJTED kicks off foreign ambassadors project with Ambassador of Liechtenstein 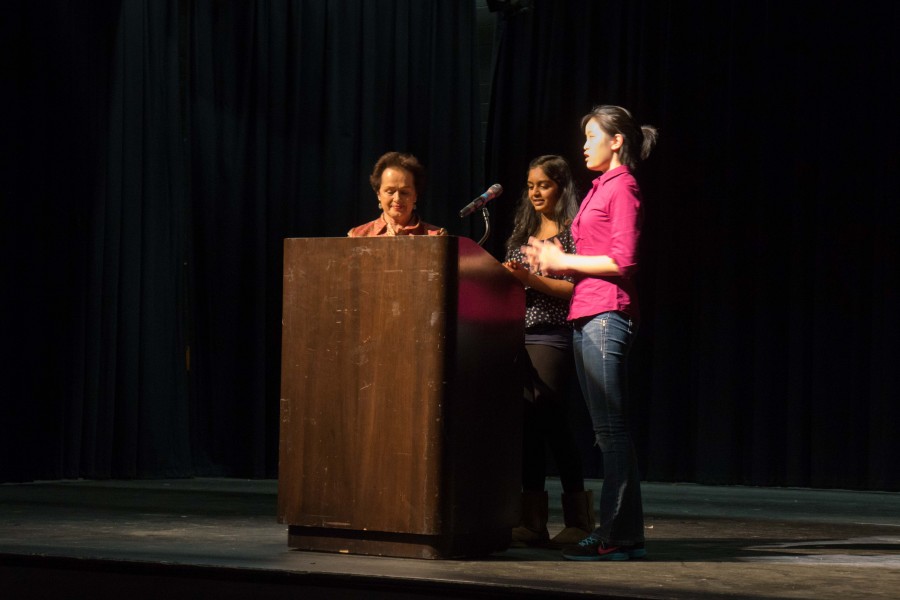 On Jan. 23, Jefferson’s TJTED club invited Claudia Fritsche, the Ambassador of Liechtenstein to the United States, to speak before a student audience during eighth period.

The event was held in the auditorium during B block. Fritsche opened the session by introducing her country. Officially known as the Principality of Liechtenstein, Liechtenstein is located between Switzerland and Austria. Despite being the fourth smallest country in Europe and sixth smallest in the world, Liechtenstein boasts a prosperous economy, low unemployment, notable historical and cultural sites, a 100 percent literacy rate and no military.

“I was curious to hear the ambassador speak because I knew almost nothing about Liechtenstein,” sophomore Mina Nowroozi said. “I learned that its population is only 37,000 and its size is similar to that of Washington, D.C. It’s fascinating to think that a country that small can maintain its own unique culture, government, and economy.”

Fritsche also gave a general overview of her own career and the responsibilities that come with a career in diplomacy. She opened Liechtenstein’s embassy in Washington, D.C. in 2002 and has served as the ambassador ever since. Before that, Fritsche represented Liechtenstein in the United Nations General Assembly.

Because she represents a very small country, Fritsche emphasized the importance of public diplomacy. To date, she has traveled to 48 states in the United States, raising awareness for her country in high schools and universities. Fritsche gave some pointers for students interested in becoming diplomats, highlighting the need for patriotism and openness to learning new things.

“I thought that the speaker was very friendly and conscious of her high school audience. She was informative without being dry and offered plenty of great advice,” senior Chris Stephens said. “I had no idea that there was such a heightened competition between diplomats in D.C., just 20 miles away. Small countries really have to work hard to be noticed by a Congressman, instead of a President.”

Fritsche’s visit to Jefferson was made possible through the foreign ambassadors project that TJTED, an eighth period club led by juniors Jessica Nguyen and Wendy Wang, has been continuing since the beginning of the year. The club, with its goal of broadening students’ perspectives on international relations and communication, developed the project to further expand on its discussion of real-life diplomacy.

“This year, we’re actively trying to take advantage of our area’s opportunities,” Wang said. “We really want to connect with and learn from all of the incredible leaders coming in and out of D.C.”

With each interested member of the project assigned to a specific embassy to contact, freshman Niharika Vattikonda was the general organizer of the event.

“I really enjoyed coordinating the event with Ambassador Fritsche, because I was able to gain an insight into diplomacy both between nations and in the UN,” Vattikonda said. “Ambassador Fritsche inspired me to become an ambassador and suggested ways to get involved right now, such as volunteering at an NGO.”

TJTED hopes that Fritsche’s visit will act as a successful initiation of its long-term project, inviting more diplomatic figures to the Jefferson community in the future.

“Having recognized the importance of diplomacy in our futures, we have made diplomacy one of our themes of focus this year,” Wang said. “The ambassadors project was created to gather those passionate about international relations in pursuit of gaining a better understanding of the contemporary issues facing diplomacy today.”