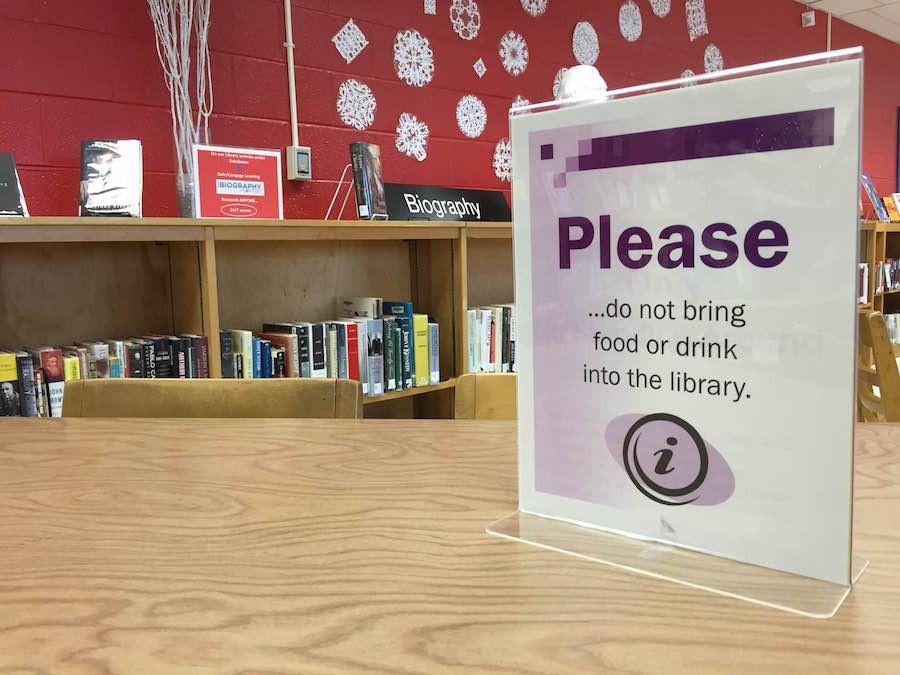 Since students returned from winter break on Jan. 5, the library disallowed students from eating during lunch.

Lunch at Jefferson is a chaotic hassle of bustling students trying to find the best avenue to eat. To find a suitable spot to sit and eat comfortably, a student must comb through hallways lined with students, scour the most popular haunts for an open space and even consider the wintry outdoors as a last resort. However, Jefferson’s versatile array of eating spaces will now be made one name shorter with the closing of the library as an option for lunch since Jan. 5.

Ever since the library was opened as an alternative to the cafeteria two years ago, it has faced problems with trash management. Students who ate in the library frequently left messes behind them for the librarians to clean up. However, these leftovers were more than just a problem for the librarians – they were also an invitation to some unwanted guests.

Although students who regularly ate in the library while it was open are now left to look for a new dining venue, they understand the library’s decision.

“There are a lot of people who don’t really pick up their trash in the library, and it was already a privilege just to be eating in it,” freshman Rohan Valluri said.

“Letting students eat in the library was a temporary measure that we offered since there’s no cafeteria. Students didn’t have any other places to go, so we continued to let them eat in the library, but once the new commons areas were opened, we felt that students now had alternative places to eat,” Applin said.

Though the library is no longer permitting food or drink, students still utilize it during lunch – for a slightly different purpose.

“Since we closed the library, students have been coming in during lunch to work and study, in quiet,” Applin said. “At lunch, there’s really no other place you can do that.”