Top 14 of 2014: Hashtags that sparked conversations 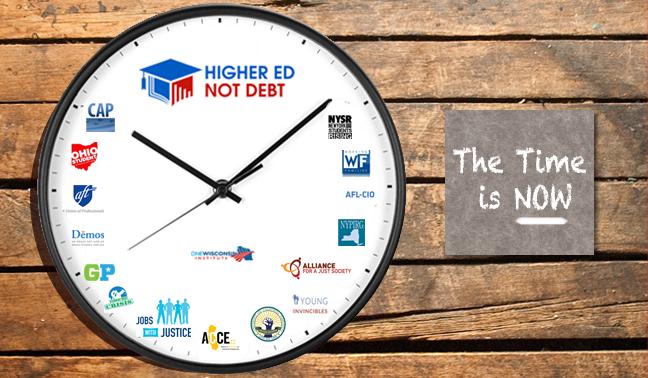 Make a phrase, put a “#” in the front and begin the discussion.

2014 was an year driven by social media–numerous hashtags trended on Twitter and sparked valuable conversations, stories and interest around the world. Encapsulating cultural, social or political movements into one common phrase, users advanced the era of rapid communication and spread of ideas in 2014. In remembrance of the past year, we prepared a list of 14 best hashtags that inspired new conversations and challenged the norm.

Despite emerging in mid-December of 2013, #NotYourAsianSidekick facilitated conversations well into 2014. Freelance writer Suey Park began this hashtag in hopes of providing an accessible platform in which women of the Asian-American and Pacific Islander (AAPI) community can discuss and share frustrations over racism found in white feminism. In just 24 hours after Park posted the tweet, more than 45,000 tweets chimed in the conversation, in which users discussed and pointed out the stereotypes, oppression and misogyny they face in the community.

Be warned. Tomorrow morning we will be have a convo about Asian American Feminism with hashtag #NotYourAsianSidekick. Spread the word!!!!!!!

On April 14, 276 female students in northern Nigeria were kidnapped by a radical Muslim group named Boko Haram for having the opportunity to be educated. Deeply antagonistic to the idea of female education, the group, whose name literally translates to “Western education is a sin,” attacked Chibok Government Secondary School in resistance to providing females an education. Currently, none of the missing students have been found. The #BringBackOurGirls hashtag trended on Twitter and Facebook to urge for the search of the students and note the persisting injustice against women in education.

Our prayers are with the missing Nigerian girls and their families. It's time to #BringBackOurGirls. -mo pic.twitter.com/glDKDotJRt

#YesAllWomen hashtag began trending on Twitter in May after Elliot Rodger, the suspect of six murders in Santa Barbara, Calif. posted a YouTube video before his suicide declaring that he would take revenge on all the women who had rejected him in the past. In the video, Rodger condemned their rejection as “an injustice, a crime.” In reaction to Rodger’s video, numerous women shared their personal experiences and opinions on the persisting male dominance in the society, pointing out the problems of misogyny.

Why does the suggestion that half the human race be treated with respect by the other half arouse such fury in the latter half?#YesAllWomen

On July 28, at an event marking the end of Ramadan, Eid el-Fitr, Turkey’s Deputy Prime Minister Bulent Arinc sparked outrage after he spoke against against women laughing in public. In response to his sexist remarks, Turkish women began the hashtag #DirenKahkaha, which translates to “resist laughter,” and uploaded pictures of them laughing on social media platforms. In fact, actress Emma Watson, vice-president of the European Union (EU) Commission Neelie Kroes and women all over the world joined in the protest by posting pictures of themselves laughing as well.

#BlackLivesMatter first trended in 2012 after the acquittal of George Zimmerman, who killed unarmed seventeen-year-old Trayvon Martin in Sanford, Fla. on Feb. 26. However, the hashtag reignited after the shooting of unarmed eighteen-year-old Michael Brown in Ferguson, Mo. on Aug. 9, as well as the Dec. 3 decision against indicting Officer Daniel Pantaleo who performed a chokehold on the unarmed Eric Garner in Staten Island, N.Y. on July 17. This hashtag allowed black users to unite and provide insight on the persisting forms of systematic racism and police brutality found in today’s society. From these tragic events, other hashtags also emerged, such as #HandsUpDontShoot and #ICantBreathe, allowing users to continue the conversation.

Protests erupted after the death of Brown in Ferguson, Mo. on Aug. 9. However, adding fire to the fuel were the media outlets that preferred using pictures of Brown using “gang signs” and portraying the teen in a negative light, rather than him wearing a traditional graduation gown. As a result, enraged black users on Twitter began posting two contrasting pictures of themselves, asking the rhetorical question, “what would the media used if they gunned me down?” and successfully pointing out the racial bias found in the media.

Allegations about female indie game developer Zoe Quinn’s private relationships and the subsequent vicious backlash in August sparked an online conflict concerning the sexism and misogyny found in the video gaming culture, also known as GamerGate. Supporters of GamerGate criticise the media’s role in corrupting video games while opponents believe that the GamerGate community is just a part of the larger problem and exposes the sexism found in that culture. After critic Anita Sarkeesian cancelled her event at Utah State University, one of the many hashtags concerning GamerGate, #StopGamerGate2014, emerged online, denouncing the movement and adding commentary to the sexism found in gaming.

At this point supporting #gamergate is implicitly supporting the harassment of women in the gaming industry.

#HigherEdNotDebt has been a continuing Twitter hashtag based on the social movement of the same name, “Higher Ed, Not Debt.” The movement hopes to both reduce the increasing pressure for students to take loans during their school years and ensure better, affordable education to all. With over 40 million Americans suffering due to student loans, the movement aims to point out the difficulties in experiencing higher education due to financial problems.

When the NFL player Ray Rice was caught assaulting his fiancé in February by a hotel security camera and when the footage was publicized on Sept. 9, many questioned the reason why his wife had decided to stay with him. Through the hashtag, #WhyIStayed, women shared their reasons for remaining with their husbands while enduring domestic violence. In contrast, the hashtag #WhyILeft offered the reasons why they escaped from the abusive relationship.

The #HeForShe hashtag began trending after Emma Watson, who was appointed as the United Nations (UN) Women Global Goodwill Ambassador, urged both men and women to support gender equality at a special UN event on Sept. 20. UN plans to promote the movement by launching the HeForShe map, which will identify specific regions around the world where men have taken initiative for ensuring gender equality for 12 months. UN hopes to surpass its one billion goal before then.

2014 was a revolutionary year for Hong Kong, where numerous youths have come out of their homes to urge for greater political and social freedom in the society. Beginning in late September of 2014, the civil disobedience movement against the government was coined the term, “Umbrella Revolution,” for the students’ use of umbrellas as a protection against the police. The protesters have been demonstrating on the streets of Hong Kong for the complete democracy of the government and the resignation of pro-Chinese chief executive, Leung Chun-Ying. The hashtag #UmbrellaRevolution have been trending from Twitter to garner greater attention from the public about the movement.

Singer Alicia Keys began the #WeAreHere campaign with her single, “We Are Here,” which was released on Sept. 8. Hoping to raise awareness about issues that have been plaguing society, Keys hoped that her movement can increase support for 12 specific organizations that deal with social justice causes, including gay rights, racial inequality and profiling and global poverty. To help Keys, supporters and celebrities posted the hashtag along with a pictures of themselves with posters proclaiming why they are here.

After the murder of Inuit woman Loretta Saunders in February, on Sept. 5, Saunders’s cousin, Holly Jarrett, began the hashtag movement #AmINext to raise awareness on the rising number of missing or murdered aboriginal women in Canada. Jarrett hoped to gain the attention from Prime Minister Stephen Harper on the approximately 1200 cases of aboriginal women who have gone missing or murdered since 1980. Users on social media platform uploaded pictures of themselves holding signs with the words “Am I next?” a rhetorical question that has been bringing attention worldwide.

In response to emerging anti-islamic sentiments in Australia after the Dec. 15 incident when a man presumed to be affiliated with radical Islam held hostages, the hashtag #IllRideWithYou trended on Twitter to protect Islamic identity and prevent extreme Islamophobia in the country. The hashtag provided support of wearing Islamic clothing in public and spread not only across Australia, but also across the world, being tweeted 150,000 times within 24 hours the hashtag was introduced.