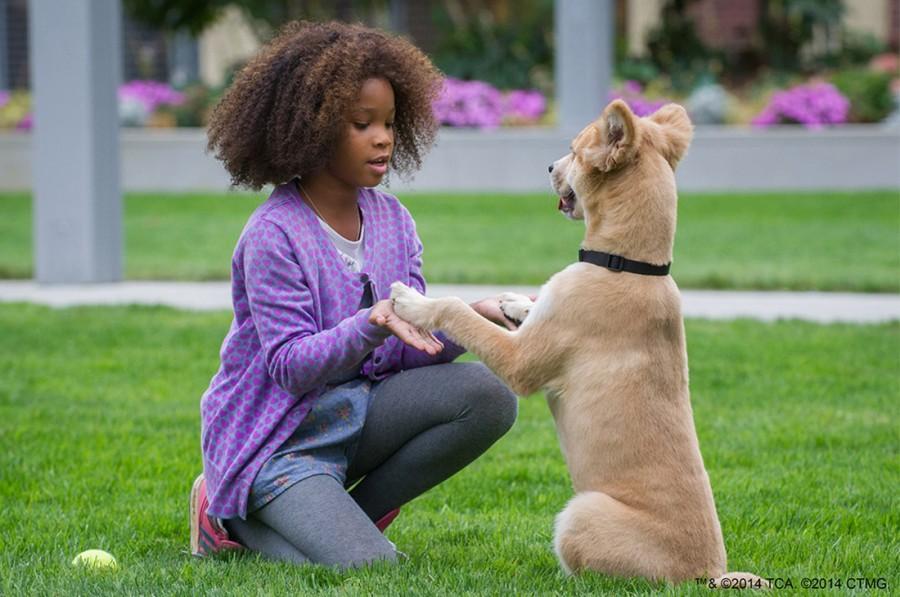 The story of a little girl with big hair who goes from rags to riches is one known and beloved by generations of Americans. Originally a comic by Harold Gray, “Little Orphan Annie,” the classic plot has been adapted to many platforms, including a Broadway musical and several movies. But the latest film version, “Annie,” does it with a twist: the pale, redheaded orphan from the Great Depression is now an African-American youngster from a modern day Harlem foster home. “Annie” stars Quvenzhané Wallis, Jamie Foxx, Rose Byrne and Cameron Diaz and was produced by Shawn “Jay-Z” Carter and Will Smith.

“Annie” is the story of Annie Bennett (Wallis), a girl who lives in a foster home run by Colleen Hannigan (Diaz), who receives exactly 157 dollars per week for each girl she fosters but cares nothing for the girls in her charge and wishes to be rich and famous. Although there is no record of her parents, Annie has a note and locket for them and is convinced they are coming for her. When she’s saved from being hit by a car by William Stacks (Foxx), a rich cellphone tycoon who’s running for mayor, she’s thrust into the spotlight as the public’s darling and is taken in by Stacks, whose campaign welcomes the needed intervention.

Annie and Stacks develop a close bond and he decides to adopt her, but his campaign manager Guy (Bobby Cannavale) decides to thrust Stacks into the lead in the race by staging a reunion between Annie and her parents, plotting with Hannigan and leaving both Annie and Stacks in the dark. When Hannigan has a change of heart and rushes to tell Stacks, he rescues Annie from the fake parents and adopts her.

Since the trailer was released, the biggest controversy over this movie was the idea of a black “Annie,” which diverged from the traditional story. Many people were surprised or even angry at the choice. I think the change was not especially problematic. In fact, in the originally “Annie” musical set in the Great Depression, Annie had distinctly Irish characteristics, in a time where Irish people were vastly discriminated against. By having a modern adaptation with an African American lead, this prejudice manifests itself accurately.

The movie didn’t stick very accurately to the play, but it had some humorous, light moments and bright spots. It left moviegoers with a hopeful, happy feeling, despite inconsistencies and flaws. Wallis was adorable, and Diaz was relatable as a character that made a mistake they later regretted and made up for it. The music was very different from the musical, but for watchers who aren’t hardcore fans, the score was pleasant, despite significant auto-tuning. They also made fun references to the musical throughout: the first character we see is a girl in Annie Bennett’s class also named Annie, who has the light skin and red hair, Annie’s presentation for school is about Franklin D. Roosevelt, who is a character in the musical, and Stacks’s opponent for the mayoral race is named Harold Gray, who wrote the original “Little Orphan Annie” comics.

However, there were several weak spots in the film. The interactions between the foster kids who live with Hannigan seem forced, although it appears to be more of a result of writing than acting. The singing was weak and somewhat artificial. The pacing of the plot was a bit off, making the film seem rushed yet far too long, and the ending of the film had some inconsistencies. Some characters made references to the singing, which was an attempt at humor that came off as odd.

Although “Annie” did have some problems, the movie was a heartwarming Holiday treat that will please generations of “Annie” fans.