What two years of debate experience taught me 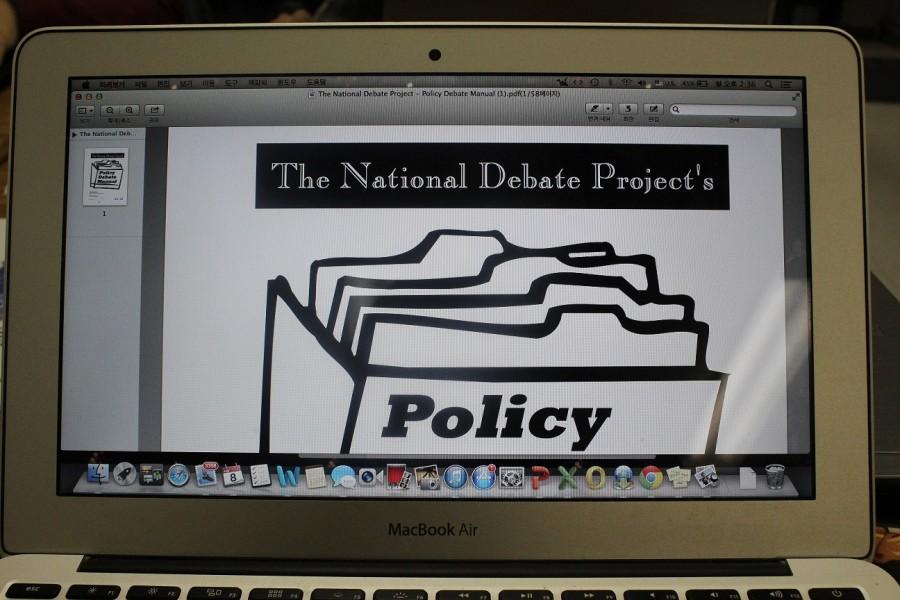 Photo by Esther Kim. Policy debate is one of the many extracurricular activities that Jefferson students can participate in, and is also

It is December, and the season for debate has returned, welcoming old and new members into its competitive and inclusive environment. Every school year, a new season for debate begins in early October, when the first Washington Arlington Catholic Forensic League (WACFL) tournament is held.

At Jefferson, students have the opportunity to participate in a variety of debate tournaments, ranging from the Public Forum, Lincoln-Douglas and Policy debates to Forensics Speech and Student Congress.

I started Policy debate in sophomore year, and I still believe that it began with a reckless attempt to do something “different” than my usual routine. Ever since I had left South Korea at the end of third grade, I feared taking part in speech or debated-related activities, probably due to my inaptitude in English during the time. I was a flute player in middle school, and that was as close as I had gotten to anything “speech” or “not-writing” related.

I believe that I was tired of being the same person for 14 years, and participating in Policy was definitely something that changed the usual pattern of my school years and personal life.

Even when I was accepted into Jefferson, I feared the complete transition I had to make from middle to high school. I hesitated between pursuing four more years as a flutist to continue the prior experiences I had accumulated in the activity, or venturing out into the unknown, but definitely fascinating, courses that were not provided in my middle school.

In the end, I chose to escape from my niche. I enrolled in Journalism, which was a course that I never had past experiences with, and I also decided to become a debater.

At high schools, the competitive and rigorous academic environment sometimes forces students to specialize or reside in their personal niche of studies or interests. However, I believe that the ample amount of choices that are given to the students during eighth periods could be used to reveal or develop an evolving personality that they may have.

By battling with opponents from different schools, carefully analyzing their arguments and augmenting my voice to make my claims, I realized that people’s interests always change and transform. Age, whether it is seven, fourteen, sixteen or however old it may be, does not establish the “moment” in which one must settle down and focus on the skills that he or she has earned during the time.

Although it is important to delve into one’s specific interests and augment one’s skills, high school is a time for experimentation, not complete enhancement of existing capabilities.

I am still a learning debater, and there are still an innumerable amount of information that I must learn to able to become a better one. However, participating in the WACFL tournaments, being overly anxious before the first debate rounds and engaging in 90 minutes of intense exchanges of arguments are experiences that I would have never gained if I had been focused solely in the small universe that I had crafted during my childhood.

Education is the pursuit of learning and knowledge. There are more colors in the world than one student may imagine, and I believe that true learning comes from encountering the immense range of colors in the world instead of mixing and painting the ones that they only know.