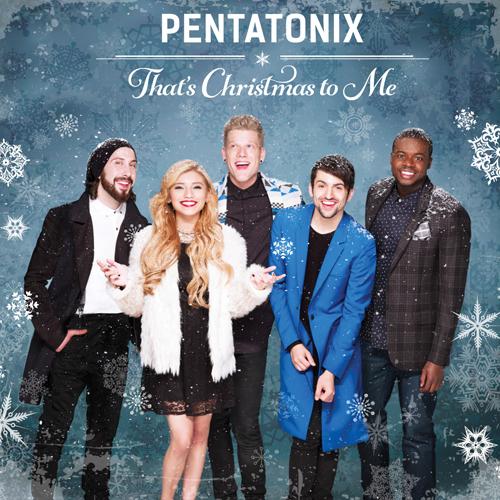 Originally winners of the third season of NBC’s “The Sing-Off,” Pentatonix has since become one of the most famous a cappella groups in the world. The talented quintet has released three regular albums, all volumes under the “PTX” brand, as well as two Christmas albums, “PTXmas” and their newest album “That’s Christmas to Me,” spreading holiday cheer for 2014.

“Hark! The Herald Angels Sing” is by no means an original song of the Pentatonix, but their twist on it is unique. The beginning of the track sounds like most other slow, lyrical versions of the song, albeit showcasing the expansive talent of each vocalist, but after the first refrain, it quickly transitions into an almost gospel choir sound, much more upbeat and alive. The mashup of “Winter Wonderland” and “Don’t Worry Be Happy” was also a nice twist, layering primarily the instrumental melody of the latter and the lyrical melody of the former. Although “Don’t Worry Be Happy” isn’t a Christmas song, its use with Winter Wonderland was pleasant, and featuring up-and-coming singer songwriter Tori Kelly was a terrific choice.

Pentatonix also never fails to surprise its fans with innovative ways to spice up their already adored music. The group’s rendition of “White Winter Hymnal,” originally by Fleet Foxes, features an intricate clapping routine that adds to vocal percussionist Kevin Olusola’s part. “White Winter Hymnal” was the first track of the album to be released on YouTube, and the catchy lyrics and percussion spawned countless covers.

Although not the most recognizable on the album, “Dance of the Sugar Plum Fairy” was by far the most impressive considering the a cappella nature of the group. Despite there being no lyrics, the song was entertaining to listen to and showcased the group’s vocal ability. The sounds the singers made in order to produce the melody were surprisingly not especially distracting, and the beat in the background produced by Olusola added percussion not present in the original.

Some of the songs did lack the originality that is an essential part of Pentatonix’s work. “Sleigh Ride” and “It’s the Most Wonderful Time of the Year,” among others, were arranged and performed well, but didn’t seem very different from the countless versions of the song that have been released. We were, however, pleasantly surprised by “That’s Christmas to Me,” the album’s title track and only original song.

Whether as background music for a Christmas party or inspiration for gift buying, “That’s Christmas to Me” brings holiday cheer for any occasion. All of the tracks are available on Spotify, YouTube, iTunes, Google Play and Amazon.