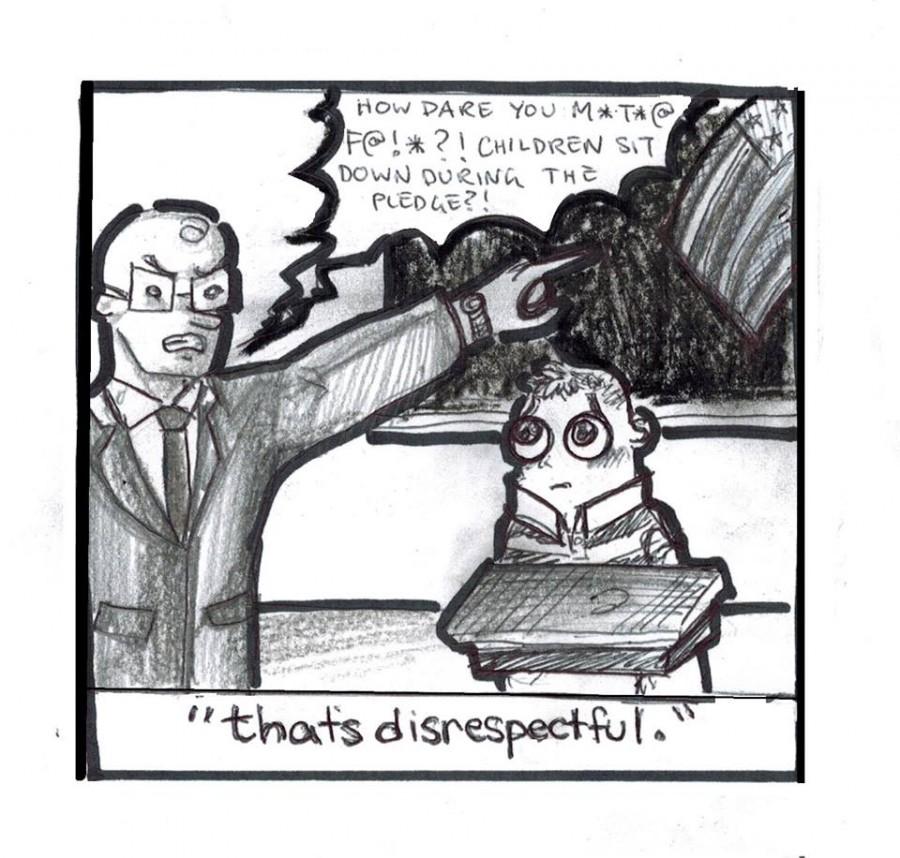 This August, Michael Brown, an unarmed black teen, was shot and killed by police officer Darren Wilson in Ferguson, Mo. This event has sparked nationwide and even worldwide protests in support of the Brown nd has even reached Jefferson.

Many Jefferson students are protesting Ferguson through one small act: sitting down during the Pledge of Allegiance at the beginning of each school day. The protest has been going on throughout the week and will continue to the end of this week, five days to represent the nearly five hours that Michael Brown’s body was left in the street.

However, as much national debate the actual event has caused, there is also debate over the protest itself at Jefferson. Some believe that the Pledge of Allegiance is a sign of respect and not to do it is disrespectful, even though it is within students’ rights to sit it out.

Freedom of expression in schools have a long history of conflict in the school system, including several important court cases, such as Hazelwood v. Kuhlmeier on the subject of student press rights and Tinker v. Des Moines Independent Community School District regarding protests in the form of black armbands. And it is imperative that we continue fighting to protect these rights.

Additionally, sitting during the Pledge of Allegiance is a very specific protest with a meaning that is not inherently disrespectful: the last line of the Pledge is “liberty and justice for all,” and some believe that the events in Ferguson show that that does not exist.

Peaceful, nonviolent protest is the best way to speak out against injustice. As with other protests that occur at Jefferson, such as “Day of Silence” in support of the LGBTQIAP community, the five days of sitting for the Pledge in support of Ferguson can only help.