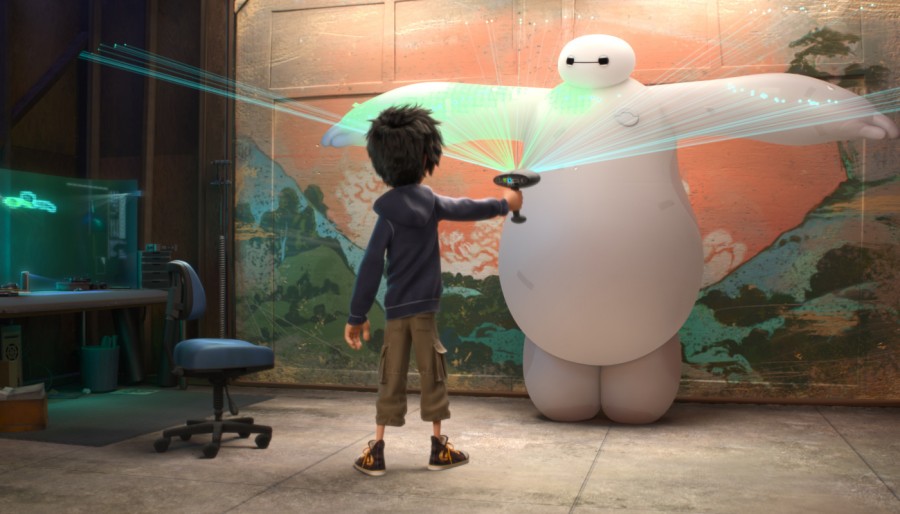 We are currently experiencing the Renaissance of the super hero movie. High budget, high profile superhero flicks like “Iron Man,” the “Dark Knight” trilogy, and of course “The Avengers.” These movies feature huge special effects and all-star casts.

And yet, somehow Disney came up with Marvel’s “Big Hero 6,” which despite the somewhat misleading title, is first of its kind. This animated action movie is almost certainly made for kids—and yet, like most Disney movies, fun for all ages. Featuring a 14-year-old nerd and some world-class science geeks, Big Hero 6 is anything but expected out of Disney’s and Marvel’s collaboration.

The movie follows young Hiro, voiced by Ryan Potter, after a tragic accident strikes his family. But when his invention is stolen by a masked villain, he starts to believe the tragedy wasn’t accidental after all and goes on a mission with his friends to stop the villain.

Although the movie follows many overused superhero tropes, like dead parents, death of a family member, revenge-vigilante ideology, it does it in a tongue-in-cheek way, making fun of the glamorized violent superhero backstories and creating a more sympathetic group of characters.

The movie was also a perfect balance of humor and heart. Although there are several sad scenes, overall the movie has an uplifting feel, and the fluffy marshmallow-robot-nurse Baymax, voiced by Scott Adsik, certainly acts as lovable comic relief.

The movie also has a stunning amount of diversity. Marvel has a history of white-washing characters; for example, its recent casting of white actor Benedict Cumberbatch for the POC character Dr. Strange. It also has been criticized for sexism with the lack of female leads or Black Widow movie, although this has recently been combatted by the announcement of a Captain Marvel release. However, none of that seems to be present in “Big Hero 6,” which features four POC main characters (out of five) and two girls in leading roles. The girls are also presented as highly intelligent and involved in scientific fields.

The biggest issue with the movie was the somewhat predictable plot; however, in a movie aimed towards younger audiences as this movie was that was not a real issue. “Big Hero 6” uses more mature themes and humor and a heartwarming, funny plot to attract young and old audiences alike.­