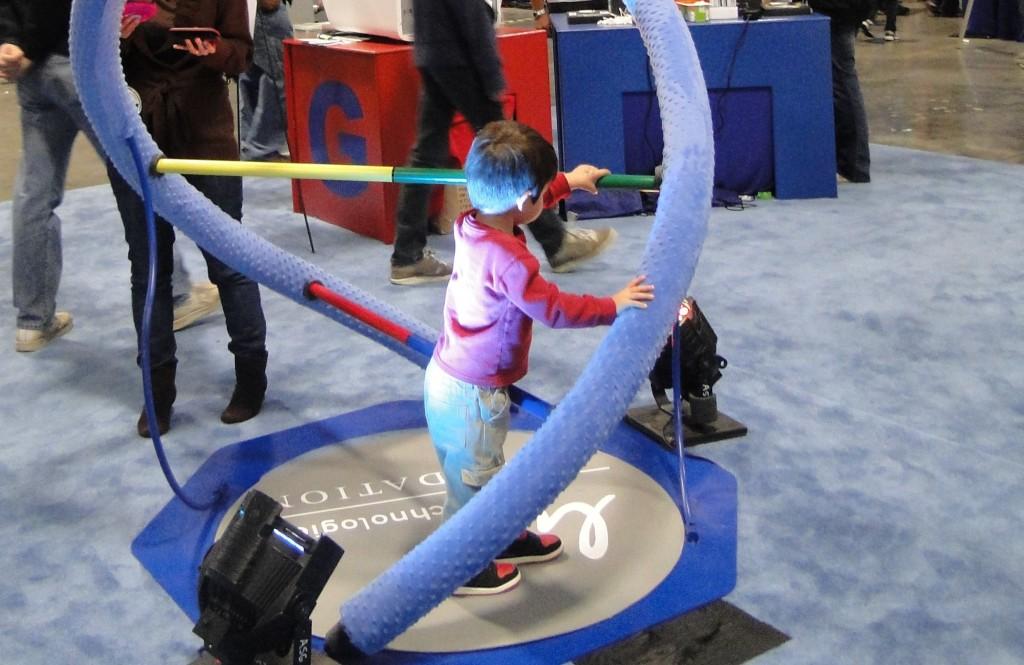 Where is it possible to meet the Mythbusters, take a picture with Bill Nye the Science Guy, or listen to a lecture by the women who plays Amy Ferrah Fowler on TV’s “The Big Bang Theory?” That would be the USA Science & Engineering Festival, the self-proclaimed largest celebration of science in the country.

The festival, which took place on the weekend of April 28 and 29, is in its second year. When it premiered, it took place out on the National Mall. However, this year it was inside the Walter E.WashingtonConvention Center.

The Jefferson booth at the festival was manned by seven clubs: Teknos, WISE, TARC, Astronomy Club, Biotechnology Club, Medical Society, and Biotechnology Projects for the Future. Every two hours, the clubs traded off, giving each an opportunity to interact with the visitors to the booth.

“A lot of kids that passed by stayed and tried what we were doing in Teknos,” sophomore Tina Ju said.

Some of the booth activities were related to DNA, star charts, interactive plotted graphs that measured reaction times, and continuous question and answer sessions.

“In TARC, we displayed rockets that the club has launched through the NASA Student Launch Initiative program, and in the Astronomy Club, we gave out handouts like ‘Make your own Sundial,’ a ‘Big Dipper Finder,’ and ‘Postcards from Outer Space,’” senior Eve Chase said.

The booth was one of only a few booths run by individual schools and the students who volunteered there participated eagerly, demonstrating enthusiasm for their respective clubs.

“It was a chance for students to share their passion with other students and show them how science can be fun and interesting,” said overall booth coordinator and Astronomy Lab Director LeeAnn Hennig.

One final attraction at the festival was the Rubik’s Cube booth, where there was a leader- board for teams from various high schools. Thomas Jefferson clocked in at just over two minutes.