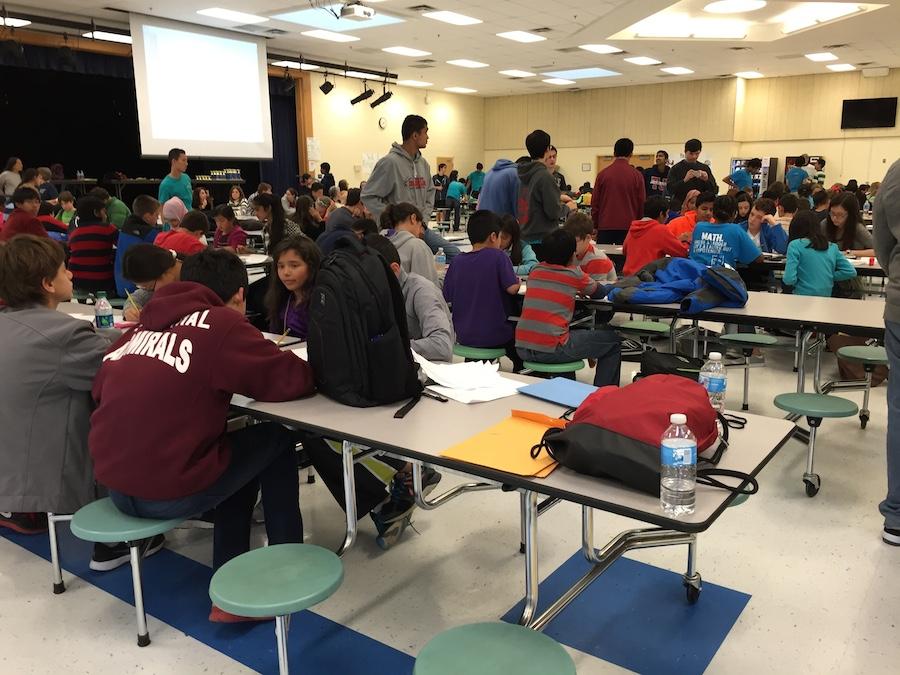 The TJIMO was designed to challenge mathematically-talented Northern Virginian middle school students in areas of the subject including proofs, based this year on the concept of modulo arithmetic, and problem-solving, while also giving VMT members a chance to share their knowledge in the subject. The contest consisted of both an individual round and team rounds.

However, the middle school students weren’t the only ones excited for the competition.

“TJIMO is a unique experience for not only teaching younger students math, but for also being able to coach in one of the community’s biggest math events,” freshman Michael Yang, first year student coach, said.

This year’s competition was especially difficult, with the average score being four out of 30 problems on the individual competition. Despite the low scores, this difficulty introduced new opportunities to the coaches.

“Most of the problems were really tough this year, but the student coaches were able to teach the students a lot more about the ones they got wrong,” junior Kevin Lin, a Math Team Statistician, said.

The top individual scorer was David Chen from Kilmer Middle School, whose team also came in second in the team rounds. This year’s TJIMO was deemed a success, in part thanks to the 55 student volunteers, who spent their whole Saturday coaching the younger students and grading papers.

“It makes us feel good that we’re able to not only teach them more difficult concepts, but also that through this, we also encouraged them problem-solving and teamwork, which are important skills to have in life,” junior Junyoung Hwang, one of the coaches, said.