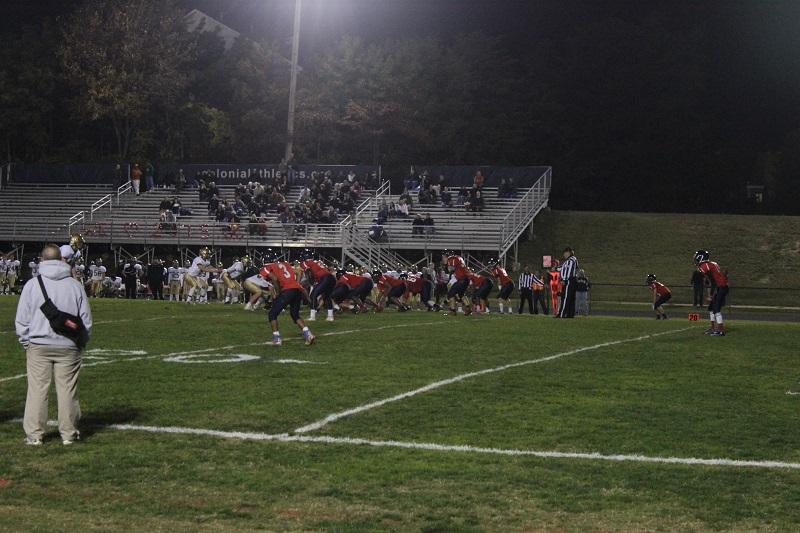 On Friday, Oct. 24, the Jefferson Colonials faced the Langley Saxons for the football, cheerleading, and marching band senior night. The Saxons won with a score of 48-7.

Throughout the first half, Jefferson gave up ground to Langley, with a first half score of 35-0.

“We were playing badly for most of the game,” senior Adrian Robertson said. “We were outmanned and they were bigger than us.”

Jefferson made a small comeback during the fourth quarter with its first touchdown.

“We played well in the second half, but that was against second and third string players,” senior David Lanman said.

According to Robertson, the team’s next game against McLean will be a much closer game.

“We are studying their offense and defense, trying to find their weaknesses and looking to exploit them,” Robertson said. “They are not as good as Langley, so it will be a closer game.”

However, the team is optimistic about finishing the season strong.

“The coach is doing a good job putting in some new plays that will work well,” Lanman said. “We just have to keep on working hard.”