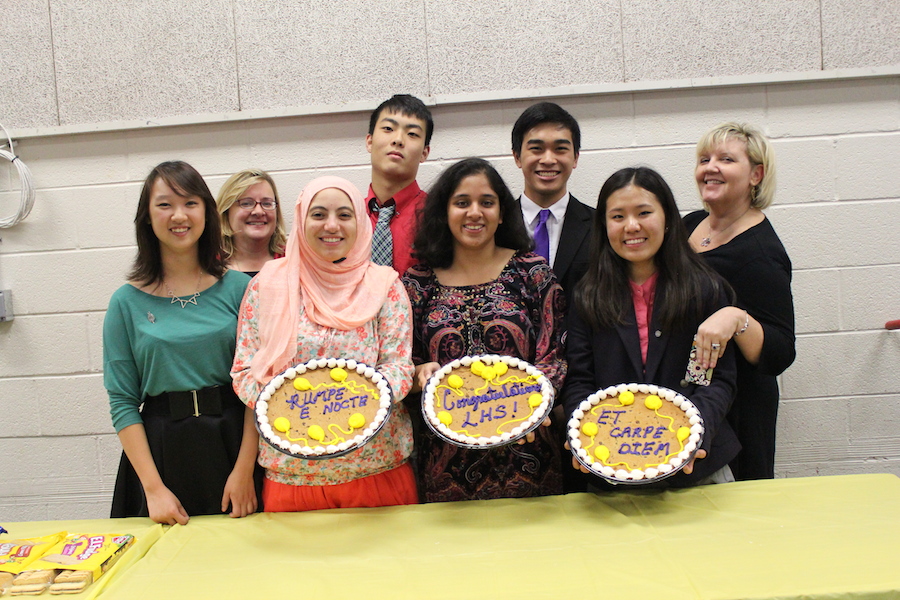 On Oct. 22, the Latin Honor Society (LHS) held its annual induction ceremony, initiating new members and celebrating newly elected officers to the board. This year, over 60 students were inducted.

To be eligible for membership in LHS, students must maintain a B+ or higher in their Latin courses, as well as exhibit a desire to learn about the culture, literature and history of the ancient culture. The process of initiation involved lighting candles and passing out flowers to new members.

“I loved the Flower of Knowledge we received and I am proud to be a part of a very crazy but wonderful group called the LHS,” sophomore Christine Wang said.

In addition, the ceremony welcomed the new LHS board. Seniors Orchi Banerjee and Nolan Kataoka have been named consuls, now in charge of planning events for the rest of the year, such as the upcoming Virginia state convention, Mythical Pumpkins and others. Banerjee, in particular, is excited for the year in front of them.

“We, as a Latin Honor Society, wish to increase our outreach efforts this year. Latin is a language teeming with history, mythology, and a powerful legacy, which we would like to spread into the community,” Banerjee said. “Through these efforts, it is our goal that current Latin students realize how lucky they are to be part of such a wonderful community at TJ.”

The ceremony ended with a celebration of cakes and other sweets, allowing students to engage with others in the Latin program.

“I am really excited about the different things LHS has to offer, like Mythical Pumpkins and Latin Convention,” Wang said.