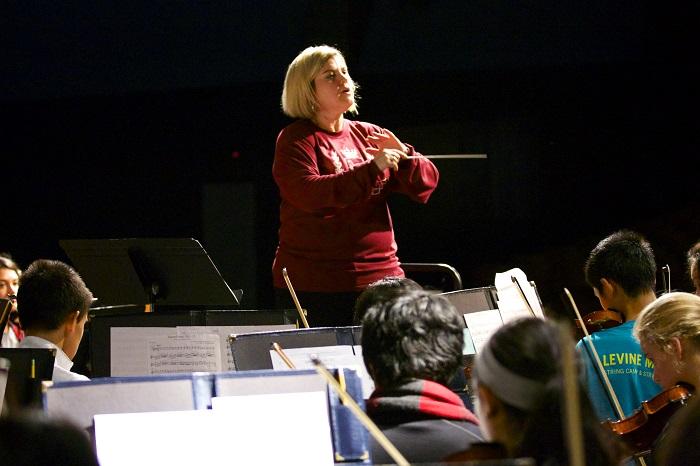 Last Friday, October 17, was the annual fall orchestra concert. The concert included performances by both the Symphonic and Philharmonic orchestra groups. Symphonic is considered the more advanced group.

The concert went very well, combining the orchestras to make it even louder. The pieces played by the symphonic orchestra included Richard Meyer’s “Legend of Sleepy Hollow,” the first movement of Wolfgang Mozart’s “Symphony No. 25” and “Overture to the Wind” by Kirt Mosier. The philharmonic orchestra played Edvard Grieg’s “Holberg Suite Op. 40,” “An Irish Melody ‘The Londonberry Air’” by Frank Bridge, and “Adagio for Strings, Op. 11” by Samuel Barber.

Many of the students felt good about their performance.

“I did pretty well even without having to practice since we get so much done in class,” freshman Josh Arul said.

The two orchestras played through their programs even though there were some technical problems in the auditorium, especially with the fan. The purpose of the fan is to prevent the overhead lights from overheating. In the middle of the Symphonic performance, the fan went off, disrupting the program. The lights were turned off, increasing dramatic effect, but hindering the performers.

“The fan was kind of distracting. The audience thought it was funny and everybody laughed, but it drew attention away from the performers,” audience member Jana El-Sayed said.

Despite the issues, the concert went well.

“The concert was a lot of fun,” said sophomore Anusha Holavanahali. “It sounded really good even though we had a large number of people.”