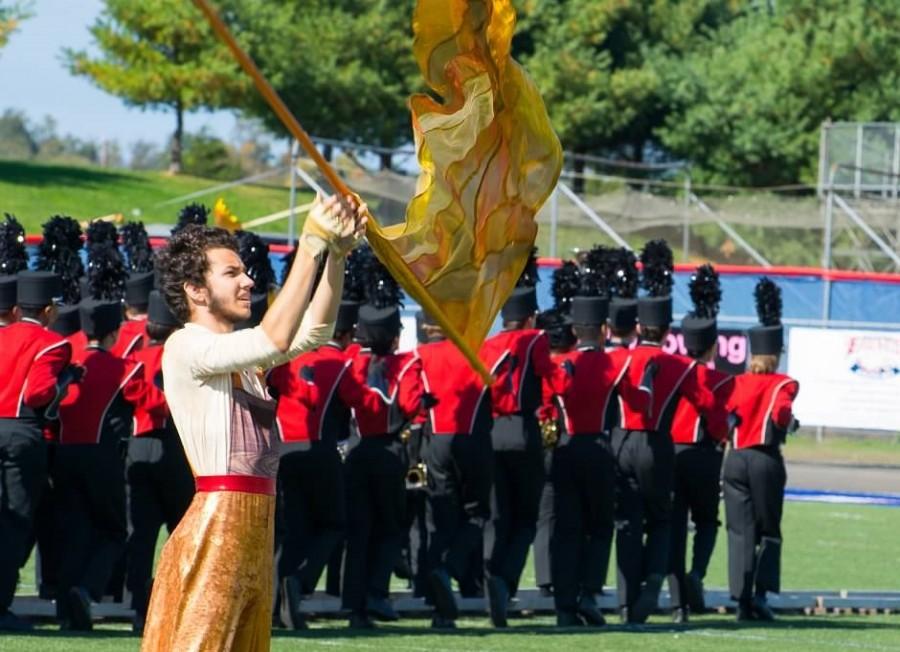 On Oct. 18, the Thomas Jefferson Marching Colonials (TJMC) participated in the James Madison University Parade of Champions, the first of three main competitions this season.

“Our performance was great,” freshman Elizabeth Li, a first year member, said. “There was a minor ensemble tear but overall we stayed together and our visuals were especially clean.”

Performing their show titled “The Transcontinental Railroad”, TJMC became the Class AAAA Champion with a score of 88.7 out of 100, the highest mark of the day out of all 47 bands participating. Their performance was awarded first in their class for Colorguard, Visual Performance, and General Effect. In addition, they earned second in Music.

Overall, members enjoyed the experience of presenting their show for an audience that filled up almost half of the 25,000 seats at the University’s newly-renovated Bridgeforth Stadium.

“I felt proud knowing that we put in all this hard work, and we could show everyone all of the things we had accomplished so far in the season,” Li said. “This was an accumulation of the practice we had done so far, our long rehearsals, drilling, repetitions… It was all for this moment.”

A highlight of the show was the train simulation in the Closer, where members of the band line up on a set of tracks to replicate the train when construction of the Transcontinental Railroad has just been completed.

“Our goal was making the train smooth but also clearly defining the angle of our arms,” Li said. “We were watching each other with peripheral vision to make sure we were locking together on the right counts as we had practiced earlier. The audience reaction showed us that they thought the train was good!”

In addition, TJMC also played at the VBODA State Assessment. They finished with superior ratings from each of the seven judges, which fits the first part of the qualifications needed to be considered a Virginia Honor Band. The other part is the Wind Ensemble assessment taking place in the spring.

“I thought today was really safe,” Anoo Maskeri, third year TJMC member, said. “We played it well, but it could’ve had a little bit more ‘oomph’ to it. As far as I saw, I thought the marching was pretty good.

TJMC will be keeping this in mind as they prepare, looking forward to their next major competition for Bands of America at the University of Delaware.

“When showtime comes, the adrenaline is running high and when the band reaches a big hit, everyone goes crazy,” drum major senior Maya Chung said. “I stand really close to the audience on the podium, and hearing the wave of screams and applause behind me is the best feeling in the world.”