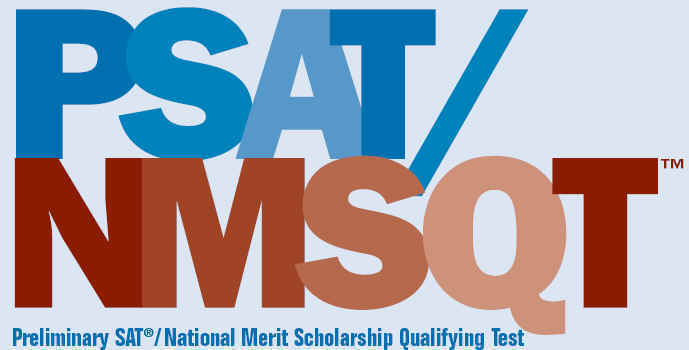 This week, the Class of 2016 faced one of the first major hurdles of junior year: the Preliminary SAT (PSAT). Taken by approximately 3.5 million students every year, this standardized test “assesses the critical reading, mathematics, and writing skills students need for college and beyond,” according to the College Board’s description.

The NMSC uses this exam to identify the top 1 percent of students in the country, who are announced as National Merit Semifinalists the following September. These selected students, usually about 16,000 in number, will then have the opportunity to compete for finalist status and scholarship money, the results of which are announced in February.

The PSAT has several features that make it good for determining recipients of National Merit scholarships. It’s standardized, easily graded and kills two birds with one stone. It’s much easier to compare students using a standardized system, and since many students already take the PSAT, the NMSC can automatically pick out candidates for scholarship money.

Unfortunately, using the PSAT is problematic on several levels. The SAT is widely used as a result of its ability to test college readiness. However, many students go in to the SAT having prepared in some way. The PSAT should be a way for students to get a sense of what they need to work on. By adding a dimension of competition to what essentially amounts to a practice test, the College Board and NMSC are adding unnecessary stress to juniors who need to focus on their grades and not on a test they don’t have to take until the spring or even the fall of their senior year.

Another flaw in using the PSAT to determine which students should be awarded scholarship money is that the standards are different from state to state. Every state calculates a different cutoff score to identify the top 1 percent of test-takers. This is inherently unfair to students who live in extremely competitive and academically inclined areas. Unfortunately for those vying for scholarship money, Virginia is one of these high-achieving states. Our semifinalist cutoff score typically hovers between 217 and 222, while the score for, say, the state of Wyoming dipped as low as 200 for the Class of 2013.

This process also discriminates against marginalized groups. Although there is a separate scholarship process for African-American students, this doesn’t cover the other groups that are disadvantaged. Hispanic and Latino students can be recognized by the College Board, but this is not done through the NMSC; therefore, the students are offered recognition but not money. Hispanic Latino students are, along with other minority or disadvantaged groups such as women and poor people, ultimately proven to be at a disadvantage in the SAT. Offering separate scholarships to one or two ethnic groups doesn’t change the fact the the people who don’t necessarily need the leg up will receive it as a result of the PSAT screening system.

One of the major differences between the PSAT and the SAT is the essay. The essay is often given to test-takers but is graded by the school and does not count toward the PSAT score. It can be argued that the SAT essay is far from an accurate measure of what constitutes good writing, but it is still more personalized than multiple choice problems. By taking out the essay, we are left with just numbers to determine who is worthy of a scholarship and who is not.

Finally, performance on the PSAT/NMSQT can also be critical to financially encumbered students. Although finalists are only awarded $2,500, their status can allow them to secure additional scholarship money from corporations and selected universities. For the thousands of students whose college choices are limited by financial burdens, this scholarship money can really make a difference. It doesn’t seem fair for gifted, generally high-achieving students to be denied money simply because they made some careless mistakes on a multiple choice test.

The NMSC should take into consideration the considerable faults of using the PSAT to select scholarship awardees. The program needs to devise a better way of identifying students who should receive merit scholarships, one that doesn’t put minority groups, residents of competitive states and financially struggling families at a distinct disadvantage and under unneeded pressure.