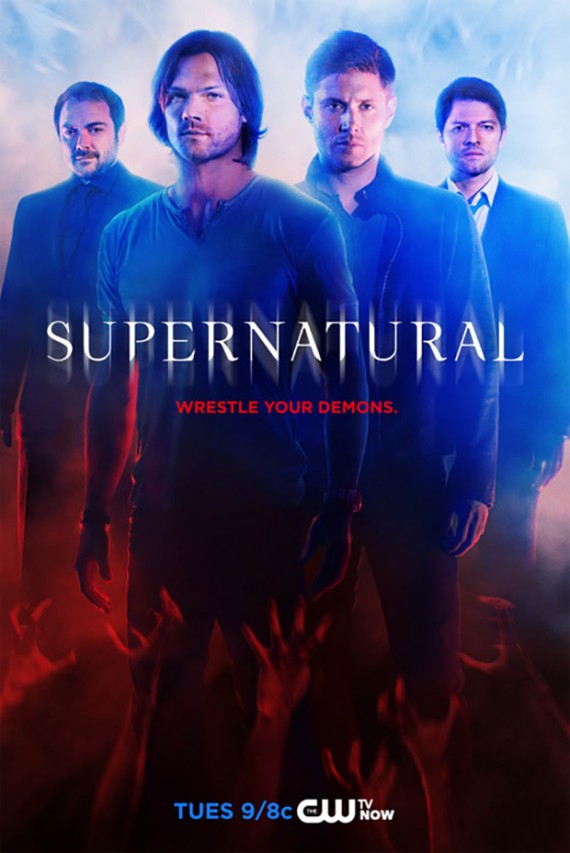 Fans of the longest running CW show, “Superntural”, gathered around their televisions on Oct. 7 to watch the next chapter of the phenomenal story surrounding two brothers. After nine seasons of watching these brothers go literally to hell and back, up to heaven, to purgatory and through intense hardships, this new season shows no sign of slowing down based. The first episode of season ten, entitled “Black”, left fans excited for the future prospects of this new season.

The new installment starts with Sam Winchester (Jared Padalecki) torturing a demon to figure out his where his brother, who went missing at the end of the last season, is currently located. In the meantime, the beloved angel Castiel (Misha Collins) is slowly losing what is left of his stolen grace, but still manages to work with Hannah (Erica Carroll) to ensure heaven’s peace. Little do both of them know that Dean Winchester (Jensen Ackles) is currently partying with the King of Hell, Crowly (Mark Shepherd), and acting extremely chaotically through karaoke, bar fights and way too much drinking, even for him, in his new state as a demon.

Also this week, there was a retrospective episode on Oct. 6 named “A Very Special Supernatural Special” which allowed fans and the cast and crew to reflect on where the show has gone over the last ten years. By focusing on favorite characters, episodes and moments while also showing the awful mistakes made along the way, this special allowed fans to look back on how far the show has come and their favorite moments from the last ten years. This was an incredible way to celebrate the entrance of the tenth season, especially as someone who grew up watching this show and could appreciate the memories that each moment they discussed brought back.

The ending of this first episode of season ten shows incredible promise for the coming season. Not only is Sam in a sticky situation with a new and interesting character, Cole (Travis Aaron Wade), but we also see “Demon Dean” show his true character and how different he is from the Dean we have come to know and love. This truly haunting ending of the episode will no doubt echo throughout the season with the coming weeks to provide more insight into this change.

As a fan of “Supernatural” from pretty much the beginning, when I was only ten years old, I find this new chapter is incredibly exciting and full of potential. The acting was, as always, on point and the script managed to keep me hooked with interesting plot twists and telling changes in character. Though I was uncertain how I would like this new “Demon Dean”, or as fans now call him “Deanmon”, I now see an incredible storyline that can evolve from this new chapter.

Overall, the mix of three different story lines, new characters, and a new “Deanmon” that I don’t know whether to fear or laugh at, shows incredible promise for the coming season. Especially with the brother’s finally meeting face to face again and the exciting prospect of a musical 200th episode celebration only a few weeks away, “Supernatural” fans have a lot to look forward to. This first episode of season ten definitely left the fans hooked and anxious for more and as always, “Supernatural” will not disappoint.