“No Sound Without Silence” is the uplifting soundtrack of happiness 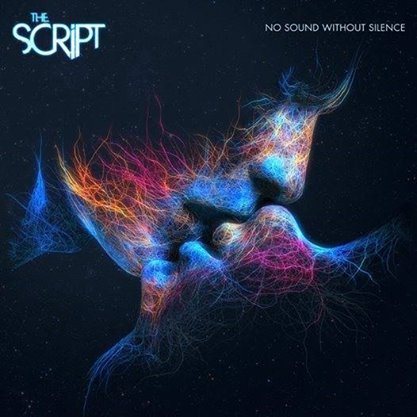 Have you ever heard a song that lifts your spirits from the very first note? These songs don’t come along often for me, so I was astonished when the cheery piano intro of “Superheroes” hooked me in the very first time I heard it on the radio.

“Superheroes” is the lead single of The Script’s fourth album, “No Sound Without Silence,” which was released on Sept. 30. The Script is a pop rock band based in Dublin. Formed in 2001, the group consists of lead singer and pianist Danny O’Donoghue, drummer and vocalist Mark Power and guitarist and vocalist Mark Sheehan.

The Script has mostly flown under the radar, with the exception of a few hit singles scattered across six years: “Breakeven (Falling to Pieces),” “The Man Who Can’t Be Moved,” “For the First Time,” “Nothing” and “Hall of Fame,” to name the most prominent ones. The band’s relative inconspicuousness is surprising to me, as the members are undoubtedly some of the best singer songwriters of our age.

As a result, I was beyond excited when trio announced that their fourth album, “No Sound Without Silence,” would finally be released. As always, The Script did not disappoint.

In fact, The Script experienced success from the very start of their “No Sound Without Silence” journey. Three days after the July 22 release of “Superheroes,” the lead promotional single of their new album, music critic Brian Mansfield of USA Today named “Superheroes” Song of the Week.

Mansfield also praised the Irish trio for continuing to “display its biggest strength: making pop music with heart and power.” I think it’s safe to say that this commendation can be applied to the entire album. The Script certainly goes above and beyond its peers in the popular music industry by applying unique, tasteful lyrics to express its profound messages.

A perfect choice for spearheading the album, “Superheroes” is without a doubt a standout track. The upbeat piano music and heartwarming lyrics make the song an uplifting anthem about overcoming difficulties. Frontman O’Donoghue sings not of the cliché superhero frequently referenced in gestures of puppy love, but instead of the ordinary people who emerge as heroes. It is so refreshing to hear an original perspective on everyday occurrences.

One thing that has always set The Script apart from other bands is its ability to write songs with brilliant lyrics. “No Sound Without Silence” is no exception, as the entire album seems to burst with emotion.

The sweetest, most swoon-worthy song is “Never Seen Anything ‘Quite Like You.’” This track could easily be featured on a wedding playlist. The simple but powerful lyrics stand out against the relatively subdued background music. O’Donoghue croons, “I think you know me more than know / And you see me more than see … / I could die now more than die / Every time you look at me.”

“The Energy Never Dies” is another song that immediately attracted my attention. The witty, uplifting lyrics focus on the glass half-full mentality, urging us to take advantage of every moment that love affords: “I cross my heart and I hope to die / May God strike me down if I tell you lies / Stay here forever looking in your eyes / 24/7 baby 3-6-5.”

However, there is one song that I feel does not fit in with the rest of the beautiful ballads. “Paint the Town Green” is reminiscent of The Script’s style from its previous albums, when the band emphasized the harsher rock side of their pop rock classification. Both the title and the instrumental sections reference Ireland, highlighting The Script’s roots. Unfortunately, this song stands out as unnecessarily grating when compared to the other melodious tracks in “No Sound Without Silence.”

Other than an awkwardly placed song, my one major criticism of “No Sound Without Silence” and The Script in general is that much of its music sounds the same. Of course, this is not so much of an issue when the melodies are sung by someone with honeyed vocals, like O’Donoghue, but the repetition is a reminder that The Script has so much more potential than what it is are currently displaying.

“No Sound Without Silence” has definitely allowed The Script to climb one rung higher on the ladder to perfection. I’m delighted that the band has decided to use slower, cleaner songs that allow them to take full advantage of O’Donoghue’s powerful vocals. I have high hopes that The Script will be able to further refine its artistry in its rise to stardom.