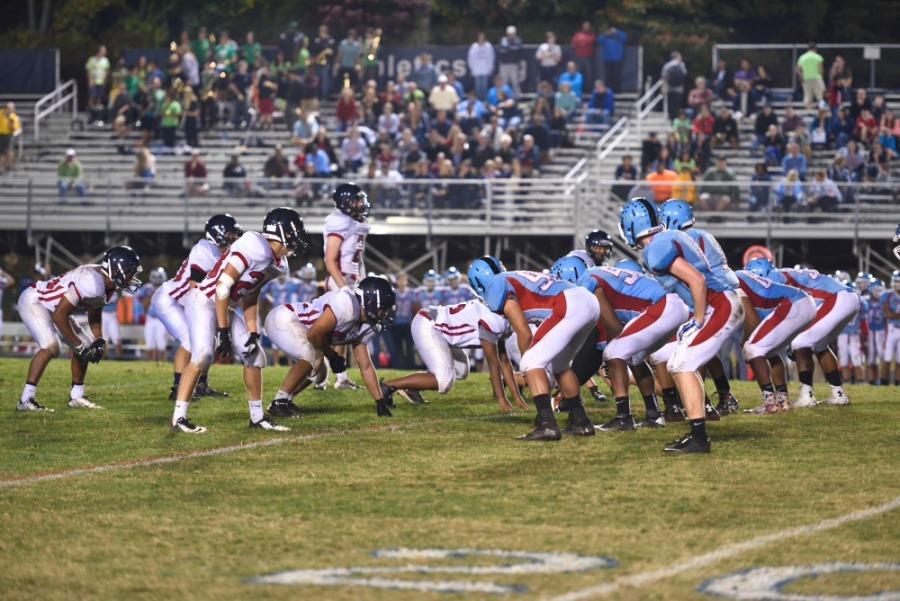 Jefferson students from all classes gathered on Sept. 26 to cheer on the varsity football players for the Homecoming game against Marshall High School. Unfortunately, Jefferson was defeated with a final score of 14-28. Despite the defeat, students, led by the varsity cheerleaders, cheered on the team throughout the whole game.

Serving as captains, senior Parsa Zand and Jackson DuBro held hands as they walked onto the field. Though senior and captain Donny Waymire could not play due to his injury,   he happily cheered in a wheelchair on the sidelines to support his fellow teammates.

“We knew going in this game that it would not be as easy for us to win as it had been in past years. We studied their film, learned their offense and defense to have a game plan going in,” senior Adrian Robertson.

Within the first quarter, a punt was attempted but was fumbled off the snap and Marshall got a touchdown, pulling Marshall in the lead with a score of 7-0. During the second quarter, Jefferson made a risky decision to go for it on fourth and five with a run and ended up coming inches short of a first down, leading to the turnover to Marshall. Despite not scoring within the first half of the game, junior Nick Lemanski made an impressive 12-yard run that left the crowd wildly cheering.

“That was an impressive run and even though I was a little disappointed that we had to turnover to Marshall, it was a good play nonetheless,” said junior Millen Anand.

“I thought Lemanski played really well tonight. He really brought his all and it showed on the field,” junior Jeffrey Xia said.

In the fourth quarter, Jefferson made a touchdown when Lemanski found the end zone. The crowd went wild as the sound of cheers and vuvuzelas filled the air. Before the end of the game, Marshall scored another touchdown bringing the final score to 14-28.

“Despite our defeat, there was a lot of excitement during the week leading up to the game and us players were really excited for its turnout in students and alumni,” Robertson said.