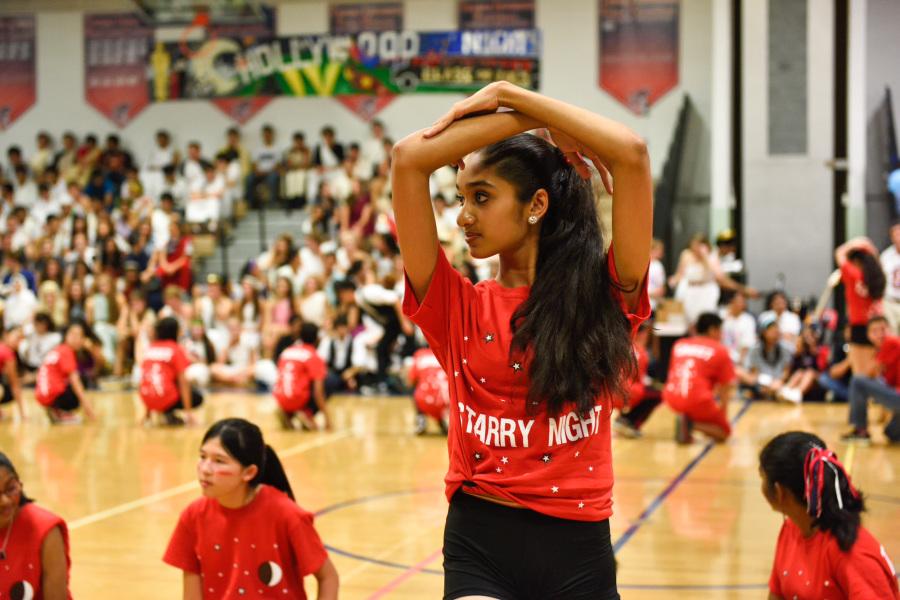 Friday served as the culmination of a week of unparalleled community spirit. The entire afternoon was dedicated to the biggest pep rallies of the week.

These pep rallies, held during A and B block, included judging for the Best Dressed and Most Spirited class, similar to what had occurred earlier in the week. Students were decked out in their class colors: red for the freshmen, white for the sophomores, blue for the juniors and the traditional togas for the seniors.

The Friday pep rallies were different from the weekdays in that they also included a game of Jeopardy, the premiere of a comical video featuring the Jefferson administration and Student Government Association (SGA) and performances by the varsity cheer and dance teams.

By far the most anticipated event of the pep rally was Musical Extravaganza (MEX), a student-choreographed dance performance. The performers were all smiles as they saw the fruits of their labor. There were, unfortunately, some significant technical difficulties during the A block performances, which were especially detrimental to the Class of 2015. Luckily, these technical difficulties did not prevent the classes from putting on high-quality performances during B block.