TJMC is excited for season after local competition 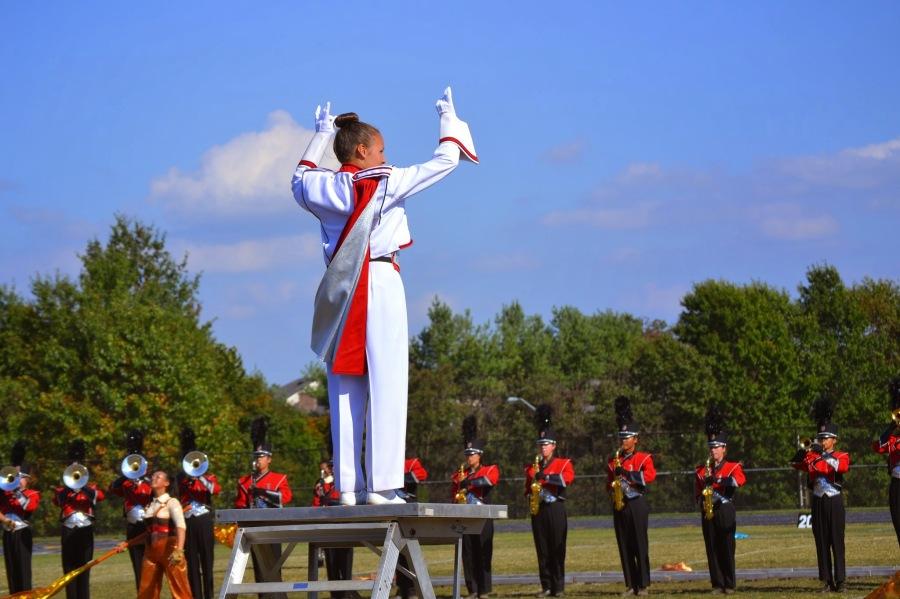 USBands is a national high school marching band competition series where over 700 schools compete. Last weekend’s competition was the first step in TJMC’s one and a half month journey. Members felt that their performance was a good starting point for the season.

“It was a good first competition, especially compared to last year when our first one was an extremely competitive event,” senior Sage Teasley, a fourth year member, said. “It’s good for the rookies, because now they’ll have a better idea what to expect when we get to the big shows.”

TJMC has been very successful in the past in these competitions, this year being the sixth time defending the USBands state champion title. However, this year’s road to success will be a bit harder due to the loss of some great musicians and general lack of experience among the group.

“The Class of 2014 had a lot of really strong percussionists, both in the pit and the battery. When they graduated, we lost 6 four-year veterans of the marching band,” Teasley said.

TJMC got the highest score at this weekend’s competition. Members, including Teasley, are excited for the season ahead.

“I’m really happy with how we did, especially this early in the season, and have high hopes for the next month and a half,” she said.