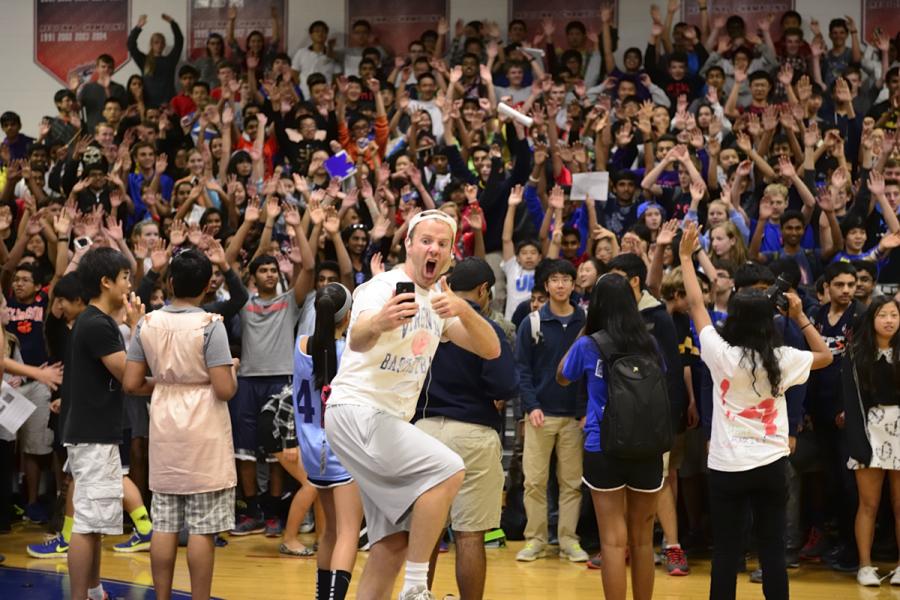 Assistant Principal Scott Campbell spends a day as a Jefferson student and takes a selfie with the Class of 2017.

The infectious enthusiasm of Homecoming Week intensified on the second day. Students paired up with friends for Opposite Day, coming up with creative combinations such as hero and villain, kindergartner and grandmother and Tom and Jerry. Each class sent two pairs to be judged by the faculty for the Best Dressed competition. Both of the couples from the Class of 2018 won; freshmen Hannah Belayachi and Clayton Reppert cross-dressed, while freshmen Sophie Koh and Lilian Wang used the overall Homecoming theme of “Day and Night.”

The spirit competition also escalated to a new level. During roll call, the sophomores dramatically recreated Moses’s parting of the Red Sea. However, it was the exuberant senior class, who unleashed a successful roller coaster cheer, that won the spirit competition for the second day in a row.