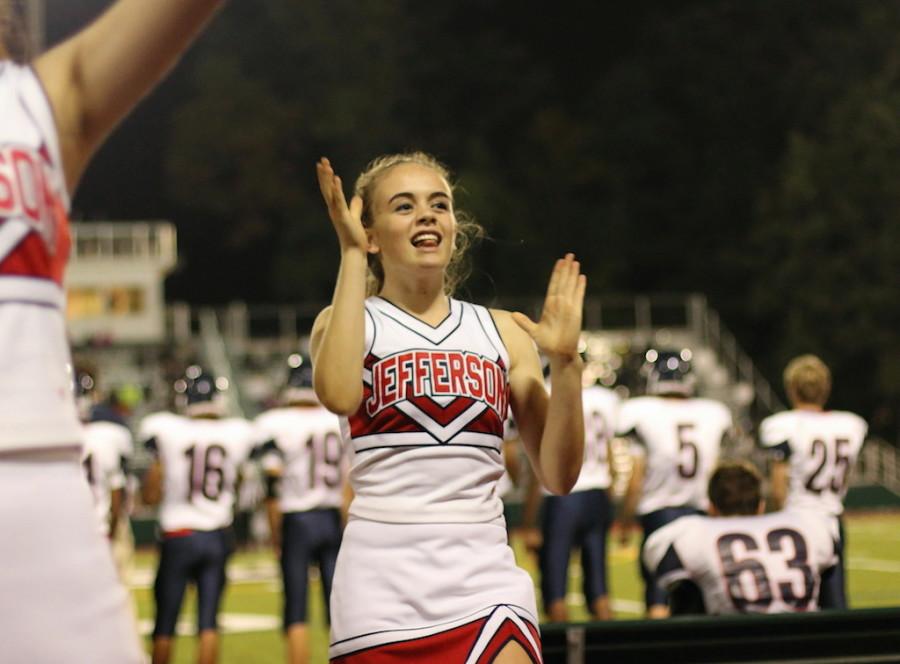 The Colonials went head to head with the Wakefield Warriors on Sept. 19.

On the cool evening of Sept. 19, the Jefferson Colonials prepared to kick off against Wakefield Warriors for their third football game of the season. However, this game was not like the previous games, as the Colonials’ senior Donny Waymire, a star linebacker and running-back, was in the hospital recovering from surgery.

This week, the Colonials were led by senior Captains Parsa Zand, David Lanman and Jackson DuBro. The Monticello Maniacs, a clever name for the football fanatics at Jefferson, also declared this week’s game to be a “tank-out” in spirit of Waymire’s love of tank tops. From the beginning of the game, the Wakefield Warriors quickly took advantage of the change in Colonial lineup, scoring 21 points in the first quarter with Jefferson 0.

“We didn’t play too well coming out of the gate, but we were flexible and adjusted well to a new game plan on the fly,” Zand said. “We definitely adjusted well to the look they were giving us.”

The score soon began to reflect this Colonial comeback, as junior Nick Lemanski carried the ball for a six-point touchdown, and then again 22 seconds before the half with a pass to senior Matt Gibbs, who completed it to senior Jafr Kazmi. By the end of the half, the Colonial team had scored 14 points.

“My favorite moment of the game was when we came back at the end of the first half,” DuBro said. “We showed a lot of heart after going down early.”

Although the Colonials were ready for a victory at the half, DuBro recalls his frustration about not being able to do the same in the remaining two quarters of the game. “My least favorite moment was just not being able to score in the second half, and losing after we had the chance to make a comeback.”

Despite the score of the Jefferson-Wakefield game, Colonials have high hopes for a victory next week against the Marshall Statesmen. This game, which will be held on Sept. 26, is on the calendar as the Colonials’ Homecoming football game.

“A big point of emphasis for next week will be play-to-play execution and not taking any plays off,” Zand said. “If we do that, I think we will be successful.”