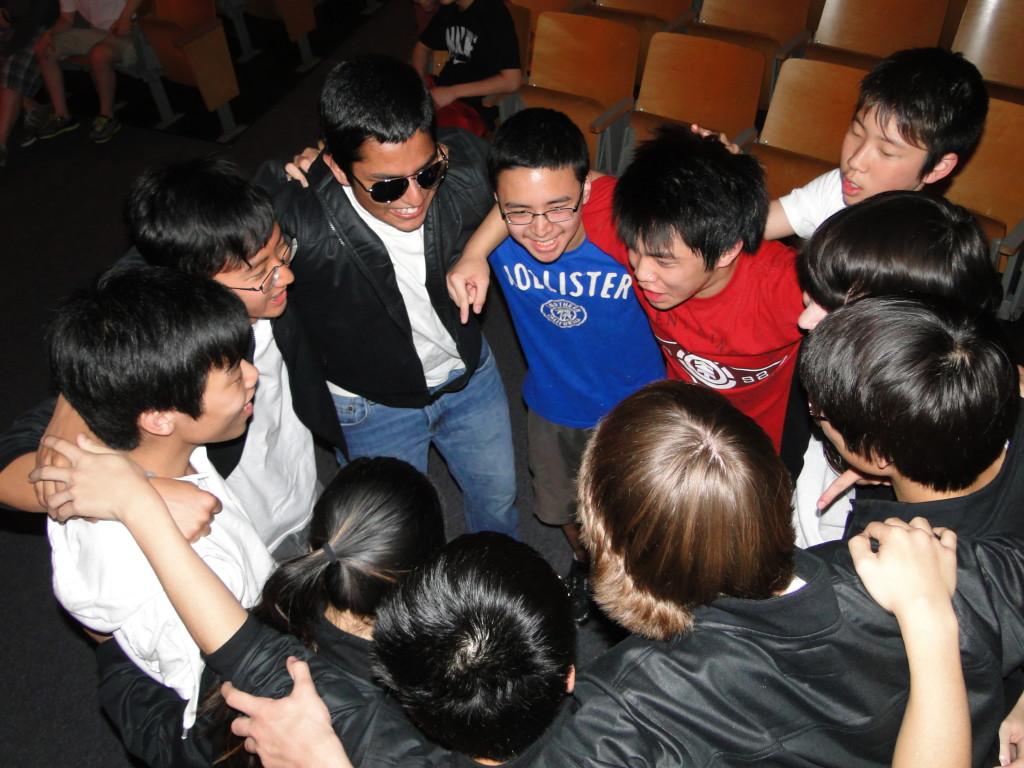 From April 27 to 28, Jefferson’s halls were packed with freshmen as the Class of 2015 enjoyed their annual Lock-In. For such a massive, hard-to-coordinate event, the night went off without a hitch.

A highlight of the night was Cinderfella. Contestants Joseph Doran, Matt Gibbs, Dennis Kim, Tommy Rogers, Justin Sun and Parsa Zand, each with a female escort, fought through a series of challenges. These included tests of physical strength, hot sauce tolerance and boyfriend potential.

Doran’s performance, which garnered him first place, included an emotional take on Enrique Iglesias’ song “Hero,” an impressive show of strength in the form of push-ups and sit-ups, and some humorous and witty responses to a hypothetical girlfriend. At midnight, Doran was crowned Mr. Colonial, the most eligible bachelor of Jefferson’s Class of 2015.

The basketball tournament was also a highpoint of the event. Several rounds were played between teams, boiling down to the championship game. The winners of the night were the Black Lions, a team consisting of Saelig Khattar, Sean Lee, Ryan Morris, Akhil Ramaswamy and Anirudh Sridhar.

In between the bigger events, a wide variety of choices were offered to students. The video game room was almost always full, as were the rooms showing much-loved Disney movies.

In addition, inflatables were set up in Gym II for students to ease some of their pent-up energy. Sleeping rooms were also offered for students too tired to keep partying, though the rooms were only occupied by a few.

A late-night sochop also took place after midnight, as did an intense session of speed dating in the cafeteria.

Most of the freshmen stayed up for all 12 hours of the Lock-In. They emerged from the building with exhausted smiles and glassy-eyed looks, all but ready to fall into bed as soon as they arrived home.

It is fair to say this extraordinary night of class spirit and bonding with friends will remain one of the best experiences of the year in the memories of the Class of 2015.