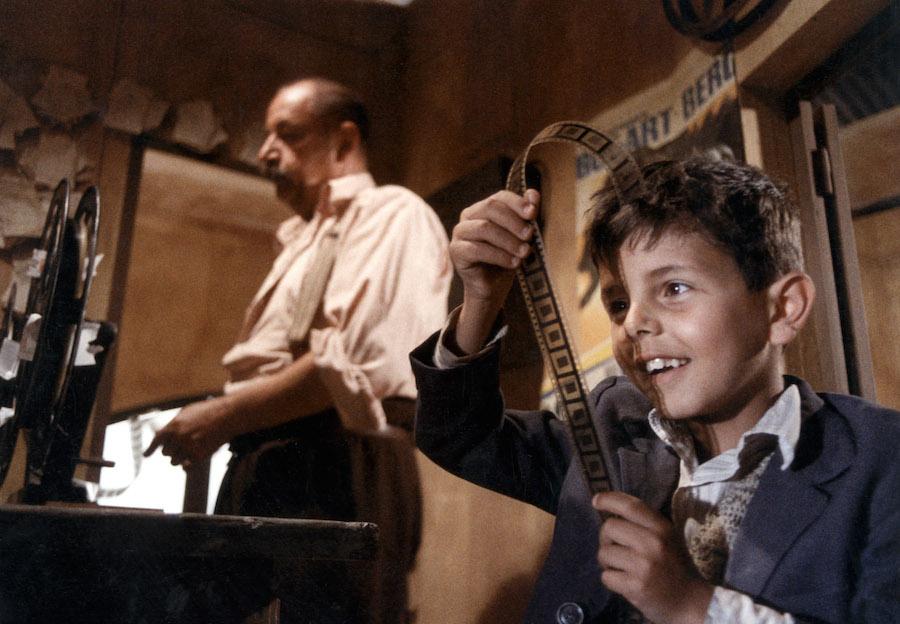 As I age, I begin to realize that my childhood feels shorter — or even worse, I forget the events and people who influenced the carefree days of youth, in which college applications and the daunting future were the least of my worries.

Recently, my parents and I went on a road trip through the suburbs in New Jersey, where I spent a majority of my early childhood. Driving past the creaky houses in my old neighborhood, memories of playing on the street with my best friend Elizabeth or walking to the nearby burger shop with my dad flooded back as I peered through the car window. I could almost imagine a tinier me, without glasses and short jet-black hair, hula-hooping on the driveway with the neighbors’ kids again.

It took a drive, a literal stroll down memory lane, for me to remember those who shaped me as who I am today.

Likewise for protagonist Salvatore Di Vita, portrayed by French actor Jacques Perrin, it took a bleak phone call, notifying him of the death of a man named Alfredo, to remind him of the people — and the movie theater — who shaped him as the man he is.

Directed by Italian director Giuseppe Tornatore, the critically acclaimed 1998 film “Cinema Paradiso” is primarily comprised of flashbacks of Di Vita’s childhood, starting when he was six, nicknamed “Toto” and portrayed by the adorable Salvatore Cascio. Di Vita bonded over cinema with the much older Alfredo, winningly portrayed by Philippe Noiret, who, at first, was reluctant to befriend this pesky little boy in the years following World War II.

Alfredo worked in the projector booth as the projectionist at a movie house, the eponymous Cinema Paradiso, censoring out romantic scenes in movies, as ordered by a local priest, by cutting out the scandalous portions out of the film strips. In one adorable scene, Di Vita would poke his head through the curtains to watch a movie with the two men.

As the two became unlikely friends, Alfredo now a father figure to the boy, an accident eventually caused Di Vita to man the projector reel. As Di Vita continued to grow up to become a young man, now portrayed by Marco Leonardi, and turn to Alfredo for advice on his life, he fell in love with the craft of cinema.

Winning several of the top cinematic awards, including the Academy Award for Best Foreign Film and Grand Prix du Jury at the Cannes Film Festival in 1989, “Cinema Paradiso” was sentimental, engaging and romantic, especially the final scene of the movie. The soundtrack, in particular, tugs on your heartstrings with that orchestral theme interspersed throughout the scenes.

This summer, I decided to take a break from blockbuster Hollywood movies and sappy romantic comedies, as exciting as they are, and see what foreign movies are like. “Cinema Paradiso” not only celebrates cinema but also transcends the language barrier and compels us to recall the wonders of our childhood.