“The Killing” ends with an emotional and thrilling final season 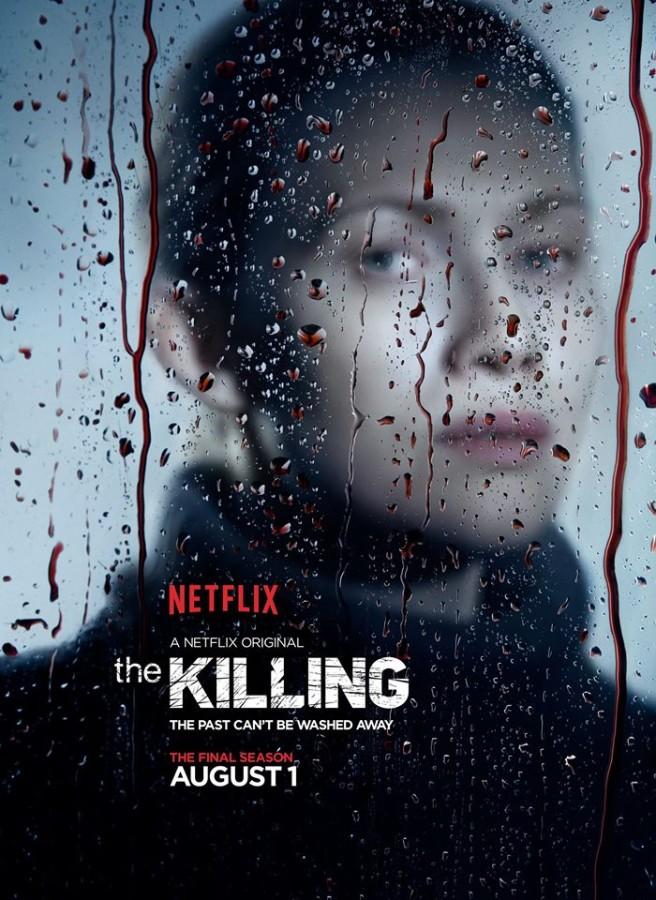 The final season of "The Killing" was released on Netflix on Aug. 1.

Teenaged Kyle Stansbury is a troublemaker and a loner, at once despised by his family members and shunned by his peers at the all-boys military academy that he attends.

As saddening as this situation seems, it is something that happens all too frequently in real life. Generally, the lack of love for a troubled teen doesn’t bear too many consequences, right?

Wrong – in the case of Kyle Stansbury. The fourth season of “The Killing,” released on Netflix on Aug. 1, opens with a bloodbath, in which all of the members of the Stansbury family have been brutally slaughtered, save Kyle. The protagonists and antiheroes of the first three seasons, homicide detectives Sarah Linden (Mireille Enos) and Stephen Holder (Joel Kinnaman), immediately rush to the scene of a massacre.

At first, all evidence points to the teenage boy as the perpetrator of the crime; Kyle seems to be alive only because of a failed suicide attempt. However, as Linden and Holder go deeper into their investigation, more players with ties to Kyle and the murders emerge. Several of Kyle’s unpleasant peers lend insight into the appalling teenage hierarchy at the academy. Another troubling character is the academy’s impassive colonel (Joan Allen), who appears to be more involved than she is willing to let on.

I had no idea that six, one-hour episodes could follow so many storylines, unearth so many secrets or break so many hearts, but the fourth season of “The Killing” manages to do all of that, and then some. Each character’s troubles are laid bare for the audience to see, and it is difficult not to follow along on the emotional rollercoaster that Linden and Holder are riding.

While pieces of the Stansbury case are revealed in every episode, by no means is that particular crime the primary focus of the final season. Linden and Holder must also deal with covering up the unspeakable crime that they committed during the third season’s shocking finale. At the same time, Linden desperately seeks closure after the horrific betrayal of a former friend, while Holder struggles to balance his narcotics addiction with his job and his girlfriend’s pregnancy.

Part of the show’s success can certainly be attributed to outstanding performances by the two lead actors. Enos does a mesmerizing job in bringing Linden’s intense character to life, down to the chapped lips, unfashionable sweaters and haunted eyes brimming with secrets. Kinnaman’s portrayal of Holder, with his drawling wisecracks and occasional but touching sensitivity, create a brooding yet endearing character as well. Together, Linden and Holder make an unlikely but dynamic pair, even though their teamwork is sometimes marred by doubt and disagreements.

The writers “The Killing” are also talented to the point that it is impossible to guess the motives and next moves of each character. Even the best shows sometimes have fairly predictable endings, but “The Killing” left me frantically guessing until the staggering conclusion.

And of course, Seattle is the perfect setting for this suspenseful crime drama. The colorful personalities of the city’s inhabitants contrast starkly with the unsettling melancholy brought about by Seattle’s gloomy weather.

The entertainment industry will be hard-pressed to produce another show that is as darkly engrossing as “The Killing.” The show was cancelled after the second and again after the third seasons, but each time it was revived by another company. Although “The Killing” has now come to an end, I can’t help but hope that someone will see the wisdom in continuing this riveting series, one that truly exposes the audience to the gritty, barefaced reality of human nature.