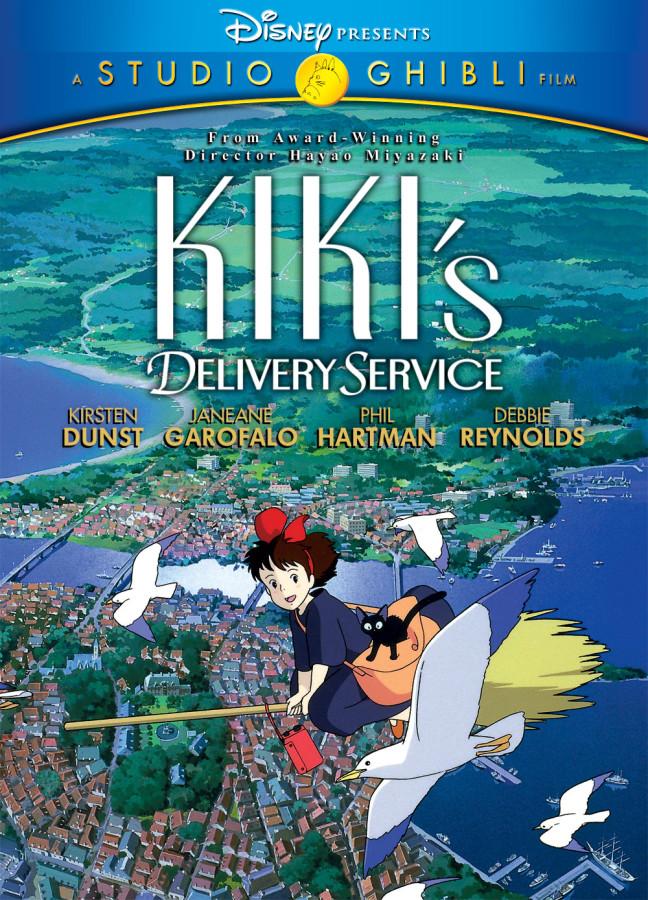 The creative force behind Japan’s numerous animation masterpieces, director Hayao Miyazaki announced his retirement last year, leaving behind a legacy of imaginative and inspirational films. Directing “My Neighbor Totoro,” “Howl’s Moving Castle,” and Oscar-winning “Spirited Away,” Miyazaki heralded a new era of Japanese animation by capturing his extraordinary imagination and nostalgic sentiments into his films.

In honor of Miyazaki’s artistic journey as the co-founder and pioneer of Studio Ghibli, his film studio, I will be reviewing some of his most-loved films. The first will be the delightful and light-hearted “Kiki’s Delivery Service,” released in 1989.

“Kiki’s Delivery Service” narrates the story of Kiki, a 13-year old witch who leaves her house and settles in a new village to follow the traditions of witches. With the help of her partner-in-crime, a black cat named Jiji, and acquaintances, Kiki begins her job as a delivery girl, completing errands, accomplishing tasks and encountering new people along the way.

The light and simple story is unlike the rather dark and eccentric tone set in Miyazaki’s later works, such as “Spirited Away” and “Howl’s Moving Castle,” in which his fans spend time interpreting the symbols and subtle characteristics featured in the films. The movie is a simple coming-of-age story that everyone, especially students like myself, can empathize with.

As students, we are sometimes overwhelmed with the tasks we have to complete today and the vision we have for the future that we forget to look back in the past. However, as Kiki discovers the true value of her inherent capabilities, Miyazaki advises us to take a brief break from our arduous academic endeavor and reflect back on ourselves, learning to recognize and appreciate the dormant traits waiting to be acknowledged.

Throughout the entire film, “Kiki’s Delivery Service” features a superb artistic finesse, in which it uses unique and antiquated hand drawing style to elicit nostalgia and reminiscence of childhood. Furthermore, Joe Hisaishi, the creator of Studio Ghibli’s numerous soundtracks, produces lyrical and serene music that adds on to the remarkable artistry of the film.

For ones who have never watched a film created by Studio Ghibli, “Kiki’s Delivery Service” will provide a joyous ride into the magical and enchanting universe of Miyazaki.