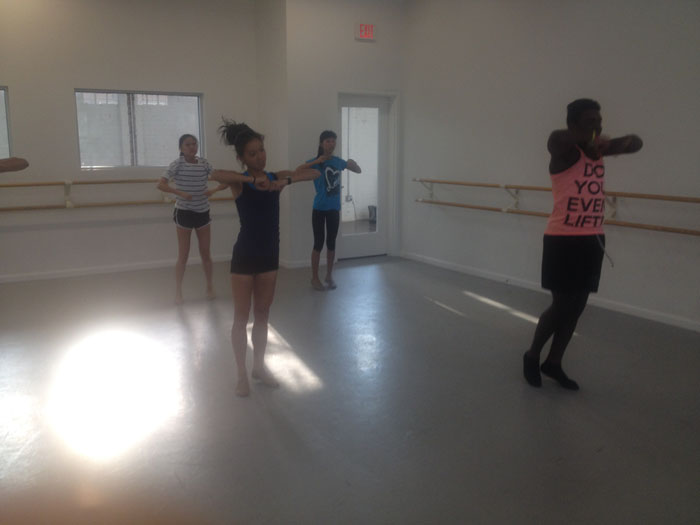 TJ Dance Team has started learning choreography for the upcoming school year. They have held several practices and bake sales, in addition to attending UDA camp at the University of Virginia.

Currently, the team is working on several dances: the routine for the first football game and jazz and lyrical numbers for the first competition in November. The dances for the football and basketball games and homecoming pep rally are at least partially dances that were learned at UDA camp.

“We can incorporate some of the moves we learned at camp and use their conditioning and warmup methods and team bonding exercises during our own practices,” captain junior Cece Xiao said.

The competition numbers, however, are new to everyone and are much more technical.

The team is also working on conditioning and technique so that new members can learn the style of dance team and the skills that will be in each of the dances.

“It’s ok not to be the best, as long as you are having fun and striving to be like, or even better, than the best of the team,” junior Eke Wokocha said. “What you have to bring to the table matters a lot. Everyone’s abilities and special talents matter, and can be easily incorporated into routines. Just about everything I did before was standardized and everyone did basically the same thing, and special talents didn’t really matter.”