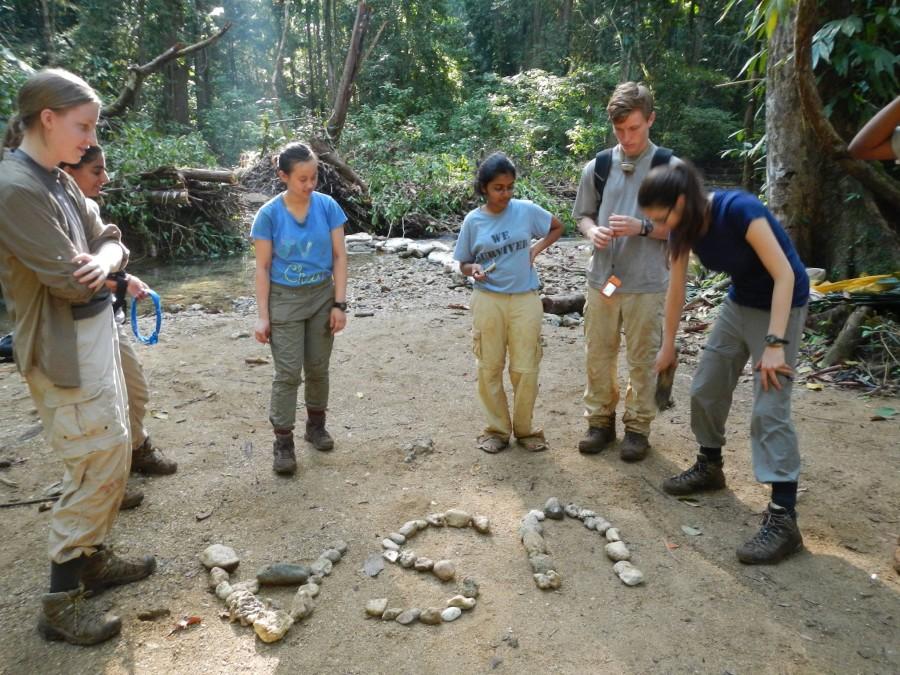 After weeks of exploring the uncharted jungles and seas of a remote island in Indonesia, the band of Jefferson students on a mission to discover ecological secrets and adventure returns to northern Virginia.

TJ Operation Wallacea (TJ Op Wall) was a group of students led by Jefferson teacher Lisa Wu, who teaches advanced marine biology and sponsors the Oceanography and Geophysical Systems senior research lab, who spent three weeks in the jungle and on the coast of the Wallacea region of Indonesia to study with scientists there who had been studying the ecology of the area. The islands they went to were uninhabited with the exception of the scientists studying it and a few small villages.

“It was really exciting to experience such a different culture, try crazy new foods, and see animals like mantis shrimp and frogfish and octopi that I’ve only ever seen in aquariums,” senior Zoe Wang, who helped organize the trip, said. “But it was the people that made the trip. The dive staff and scientists were highly competent and immensely fun, and many of the locals were good friends with the TJ students by the end.”

The Jefferson students were allowed to conduct publishable research with mentors in Indonesia. The rising seniors will be using this research for inspiration in their upcoming projects in the Oceanography and Geophysical Systems senior research lab, which is sponsored by Wu.

“Not only did our time as research assistants expose us to new techniques for monitoring reef health and studying the intricate ecosystem that exists within coral reefs, but also allowed us to make personal connections with some of the leading scientists in these fields,” Wang said. “We’re very optimistic about continued cooperation between Op Wall and TJ students over the years.”