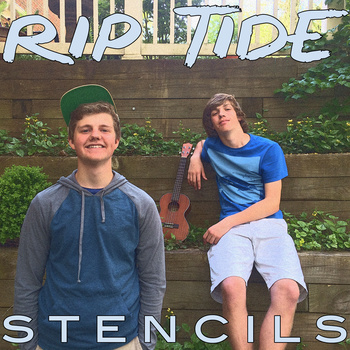 While most students recently packed their bags to vacation with their families this summer, junior Dean Gumas formed an alternative reggae music group he calls “Rip Tide.”

The band released their first EP in May 2014, titled “Stencils.” The album includes four songs recorded by Gumas and one of his friends, with each song focusing on elements of summer such as sun, sand and surf.

As soon as the band created their own Facebook page publicizing the new album, Gumas began to notice an increase in traffic to Rip Tide’s Soundcloud and Youtube sites.

“I think the attention is really awesome, but it’s mostly from people I know,” Gumas said. “Hopefully when the album comes out for sale a lot more people will be able to hear it.”

Gumas first had the idea for the band while in a much larger group, starting out in a band of five members. Gumas was unsatisfied with the direction of the music being produced. “Each of us had different directions we wanted to take music-wise,” Gumas said. “So one of my friends and I got together one day and we ended up writing a song.”

Gumas realized shortly after that a band with less people can work more cohesively, and Rip Tide was created. The two members started out working various jobs to earn enough money to buy recording equipment for the recording of “Stencils.”

“We released the EP just as a little sample of Rip Tide, and we weren’t really trying to get much out of it,” Gumas said. “We’re planning to keep going at least through high school and release another full album to get some real buzz.”

Other students at Jefferson have also formed music groups in the past, such as “The Axis,” a band consisting Jefferson alumni from the Class of 2014. For Gumas, as with many other student musicians at Jefferson, the band isn’t just a side hobby.

“If we start getting big, we’ll definitely consider taking a gap year or skipping college,” Gumas said. “This is really our dream.”