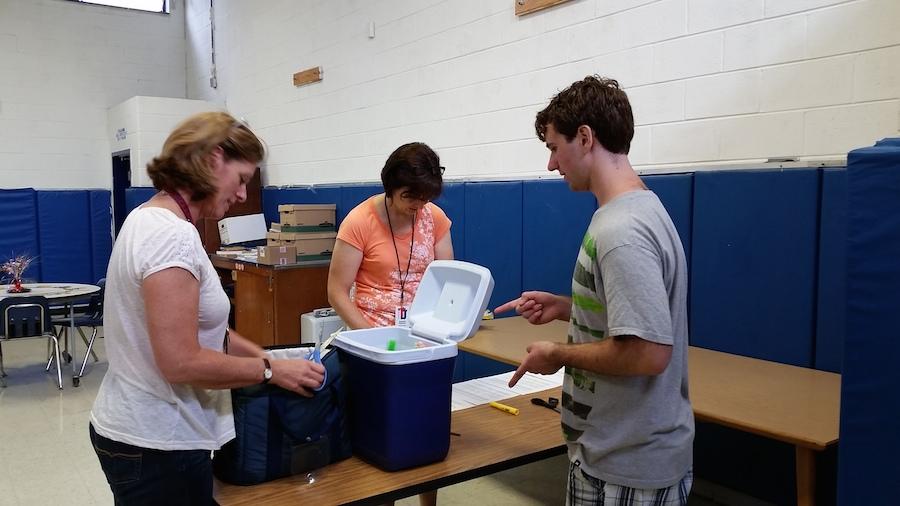 For having zero eighth period absences senior Keith Mirsky-Ashby received a popsicle during break on June 13.

On June 13, eighth period coordinator Joan Burch posted an announcement calling all students with zero eighth period absences to receive ice-cold popsicles during the break in the eighth period office, now located in the wrestling room.

“It’s nice to see them doing such a thing and it’s appreciated,” junior Chris Kang said. “It won’t stop anyone from accumulating absences, but it’s still a nice gesture to those who haven’t.

For the past three years, Kang has made an effort to maintain his absences to be as little as possible.

Unlike Kang, however, this year, some students discovered eighth periods that they felt passionate about. After ending freshman year with 10 absences, sophomore Edward Zhou maintained zero absences by pursuing the clubs he could never miss and enjoyed going to. By receiving a popsicle, he was happy that his efforts were rewarded, even in a small token of appreciation.

“It was unexpected and a nice treat, especially because it’s been hot these past couple days,” Zhou said.

According to Burch, approximately 227 students had zero absences. She hopes that this number can increase next year.

“I hope to simplify some of the 8th period processes so that they are easier to understand and easier to follow,” Burch said. “I also want to reward students each quarter who have no absences in the hopes that providing an incentive will help.”